Bengaluru, April 27: An 89th minute equaliser by Ali Ferydoon dashed FC Goa's hope of maiden historic win in the Asian Football Confederation (AFC) Champions League as they were forced to share the spoils with Al Rayyan in the penultimate Group E clash on Monday (April 26) night.

The late leveller was a huge blow for the Gaurs, who had looked like they were heading for a historic first win for an Indian club in the group stage of the continental showpiece after Jorge Ortiz had given them a lead as early as the third minute.

By virtue of Al Wahda's 1-0 victory over Persepolis FC just moments earlier, Goa knew that they had lost the chance to qualify for the round-of-16, but they certainly still had pride to play for.

Which result surprised you the most? 🤨 pic.twitter.com/lB2H3NA83p

A more familiar looking Goa side took to the pitch for this game, with key players such as captain Edu Bedia, Ortiz, Brandon Fernandes and Dheeraj Singh among those making their return to the starting eleven.

Both teams came into the tie with a point to prove after failing to secure a win in their previous four matches, but it was Goa who showed more determination from the start. 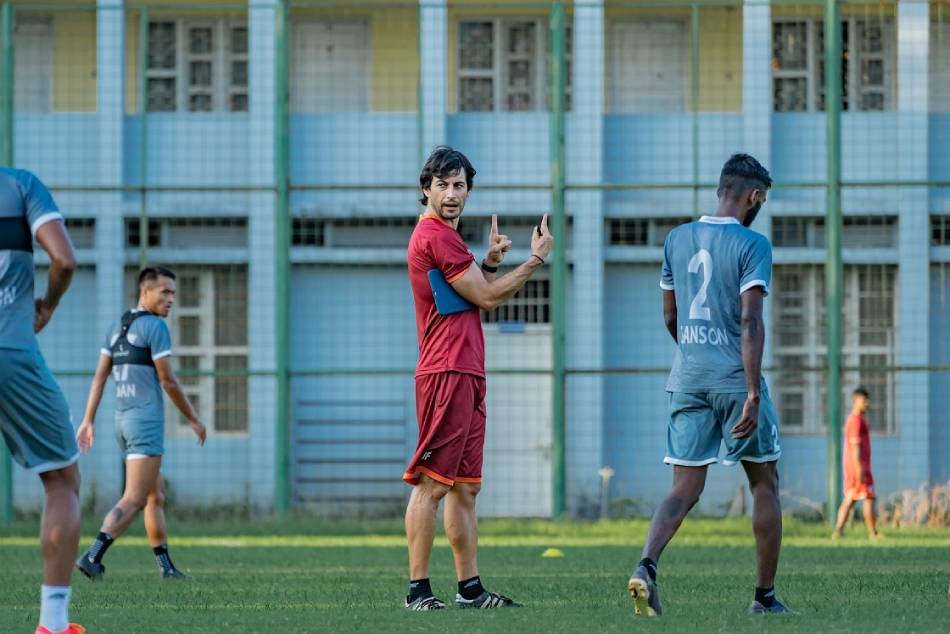 Fernandes sent a deep cross from the centre to Ortiz whose effort was blocked by Rayyan goalkeeper Soud Alhajri.

The Spanish midfielder, however, regained possession from Alhajri's poor clearance and slotted the ball home from close range to give Goa an early lead.

Goa's best chance of the second half came in the 72nd minute when substitute Romeo Fernandes teed up Glan Martins at the top of the box, but the defender blasted it over the bar.

The missed chance was to prove costly for Goa as Rayyan equalised in the 89th minute when Ferydoon steered the ball into the back of the net from close range after a fumble by Dheeraj.

Goa will now play the UAE's Al Wahda in their final Group match on Thursday (April 29) at 10.30pm IST.

Former Qatar Stars League champions Rayyan will aim to end their campaign with a win against Iran's Persepolis FC in the day's earlier kick-off at 8pm.