Bengaluru, April 27: It was one of the most sought-after transfer at the beginning of the year and has turned out to be a huge gamble for Barcelona in the recent weeks. Gremio’s Arthur Melo had secured his move to the soon to be crowned La Liga champions for a whopping sum of €40 million (including bonuses) in March of which Barcelona had also paid the initial €4 million towards this transfer. 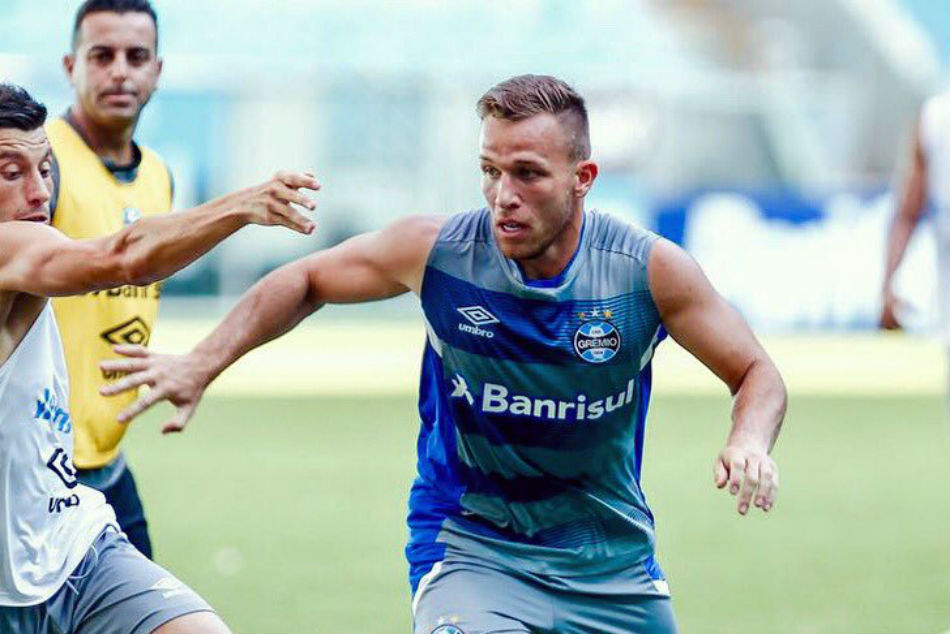 However, Spanish outlet Mundo Deportivo have now claimed that Barcelona are considering whether this move has to be completed or not. Barcelona are reportedly having second thoughts about completing the signing of Gremio's Arthur, with concerns surrounding the physical stature of the 21-year-old. Barcelona’s technical staff are having an internal debate whether to complete the purchase of Arthur Melo and are considering whether or not to pay off the remaining €26 million agreed according to his contract and clauses. An additional €9 million was to be earned through bonus and variables.

Barcelona’s technical staff is having an internal debate whether to complete the purchase of Arthur Melo from Grêmio, according to Mundo Deportivo.

Although believed to be the next Xavi for Barcelona by some members of the club’s hierarchy, Arthur’s height is being seen as a problem. Standing at 5'6", Arthur is comparatively shorter than current midfield maestro Ivan Rakitic and their summer swoop Paulinho. The club feel that this could be one of the major factors to turn this deal down. Reportedly, Barcelona are said to be looking at a few alternatives such as Real Betis’s Fabián, as well youngsters Frenkie De Jong and Donnie van de Beek from Ajax.

Signing a midfielder has been set as a priority at Camp Nou as midfield legend Andres Iniesta will leave along with outcast Andre Gomes. The hesitancy surrounding Arthur's move suggests that La Liga giants are at a crossroads regarding the direction they wish to take, whether they continue to promote technically gifted midfielders similar to the likes of Xavi and Iniesta, or head towards a more hard-working, industrious midfield.

Arthur rose to prominence in 2017 helping Gremio secure their first Copa Libertadores title since 1995 and also featuring in the side’s FIFA Club World Cup final, which they lost to Real Madrid this season.