Chennai, February 25: A depleted Real Madrid prevailed over Atalanta 1-0 at Bergano, Italy, in the UEFA Champions League round-of-16 first leg tie, taking away the precious away goal in the process.

Ferland Mendy scored a brilliant curler with his weaker right foot, just four minutes from time, breaking the hearts of the home team at the Gewiss Stadium.

Zinedine Zidane's men now have one foot on the quarterfinals as they have a one-goal home advantage while going back to the Alfredo Di Stefano Stadium for the second leg, scheduled to take place on March 17.

Real could not really have hoped for a more favourable scenario in Bergamo, playing the vast majority of the game against 10 men after Remo Freuler's 17th minute red card, for a foul on Mendy as he was racing through on goal.

Freuler's red card changed the complexion of the contest. Atalanta, understandably, sat back and entered into damage control mode, a far cry from its usual swashbuckling style.

Real were now on the front foot and the remainder of the match played out like a training session of attack vs defense, with Atalanta scarcely able to escape its own penalty area. 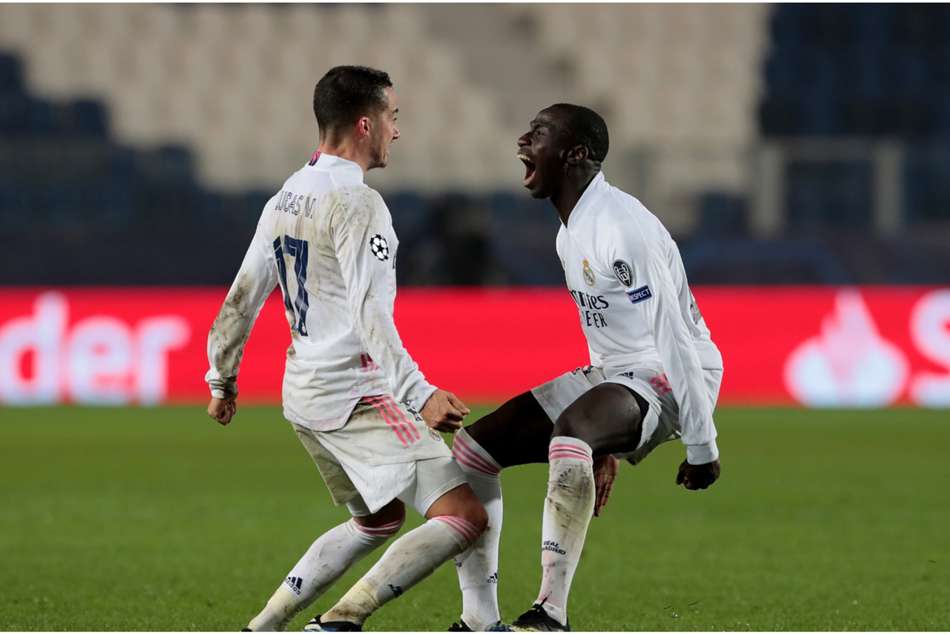 Real started the game with no striker as Asensio and Vinicius were made to play as the two men upfront with Isco playing behind them in a four-man midfield consisting of the impeccable trio of Kroos-Casemiro-Modric.

Real had just one senior player on the bench in the form of Mariano with the majority of Zidane’s preferred first team players out injured including the likes of captain Sergio Ramos, Eden Hazard and Karim Benzema.

Real pretty much dominated the entire game in terms of possession, holding 69 per cent as well as shots taken as they had 19 shots at goal, compared to Atalanta’s two.

Zidane set up his team with a back four of Mendy, Varane, Nacho and Vazquez and they kept the Atalanta forwards at bay throughout the 90 minutes.

Speaking after the game, Atalanta manager, Gian Piero Gasperini took potshots at the referee, saying they should know the difference between a challenge and a foul, with him further stating that it would be football suicide if referees like this were to further officiate games.