Kolkata, March 31: Quite like its on-field pluckiness, the Indian team's last line of defence is putting up a resolute fight off it too, doing its bit to save the poor from the seismic effects of the COVID-19 pandemic.

The national players are providing the needy, in their respective localities, monetary aid and food items, besides setting up camps and spreading awareness about social distancing.

The trio of defender Pritam Kotal, mid-fielder Pronay Halder and defender Prabir Das have pooled in around Rs 4 lakh to help the needy in West Bengal.

"There are a lot of kids in the Barrackpore Mangal Pandey Football Coaching Camp who earn their bread on daily basis. The situation is a bit difficult now and I am trying to help them for the time being," said Pronay.

"I, along with my friends, are distributing basic food items to the station-dwellers and others who stay outside," added the defensive mid-fielder who is also taking care of some orphans in his locality.

The pandemic, which originated in the Chinese city of Wuhan in Hubei province, has so far claimed over 34,000 lives while infecting more than seven lakh people across the world.

India has also been affected by the deadly virus, leading to 29 deaths and over 1100 positive cases.

As far as donations from the sporting fraternity are concerned, the influential Indian Cricket Board (BCCI) led the way with a handsome contribution of Rs 51 crore in the fight against the pandemic.

There have been quite a few sportspersons who have pledged their support in the country's battle to contain the pandemic.

"Amid the pandemic, we all need to stand together and fight. We have tried to make small contributions to the fund initiated by our chief minister.

"We'll need to stay home and pray to the almighty. Hope we see the light at the end of the tunnel soon," the well-established Kotal told PTI. 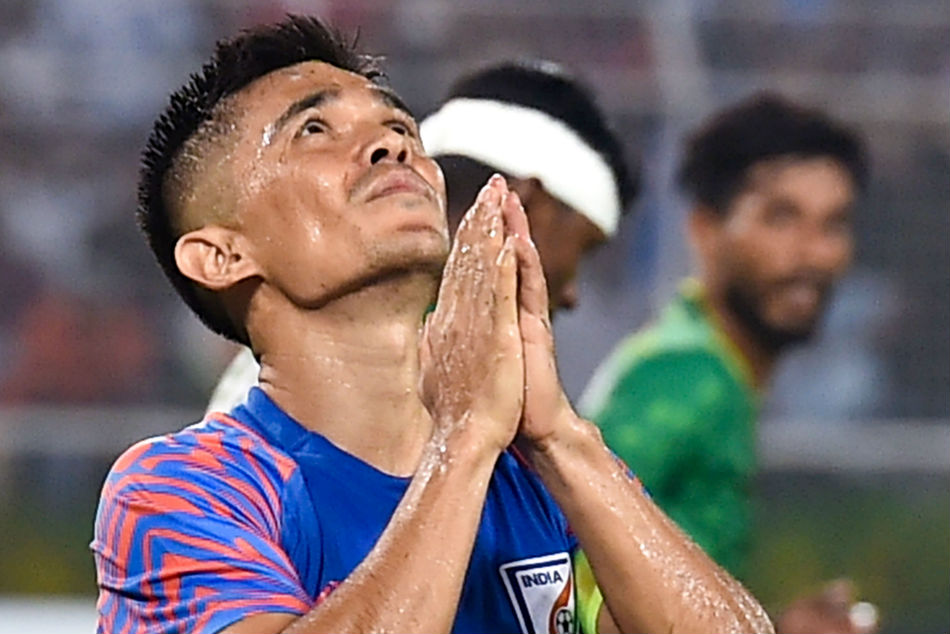 Their inspirational captain captain Sunil Chhetri is part of both world body FIFA and Asian Football Confederation''s (AFC) campaigns, aimed at breaking the chain and stemming the spread of the coronavirus.

Right-back Prabir Das, who has also played for the national football team, said, "The COVID-19 has already spread a lot and we can't take it easily anymore. In this situation, we all need to maintain the social distancing to fight together.

"As an Indian, it's my responsibility to lend a hand to the government and that's what I tried to do."

To help the poor tide over the unprecedented health crisis, a group - Players for Humanity - has been formed comprising current and former players such as Mehtab Hossain, Syed Rahim Nabi, Denson Devadas, Sandip Nandy and Debabrata Roy.

All these footballers have already contributed a substantial amount of money to the West Bengal Chief Minister''s Relief fund.