Kolkata, November 18: A scintillating display in the second half gave Odisha FC a crucial win over East Bengal in the Indian Super League (ISL) tie on Friday (November 19).

The team from the coastal state came back from two goals down to register a 4-2 victory against East Bengal in Kolkata.

East Bengal went into the break with a two-goal lead, but Odisha talisman Pedro Martin inspired them to rally past the hapless Red and Gold brigade who capitulated after the restart.

East Bengal looked like the team with more conviction from the start. The Red and Gold Brigade were creating more chances in the early exchanges.

Cleiton Silva's effort was saved by the Odisha keeper in the 15th minute, moments after Nandha Kumar Sekar's strike was blazed over the bar.

The goal came in the 23rd minute for the hosts when Suhair Vadakkepeedika was adjudged onside and he rolled past the ball to Thongkhosiem Haokip who had a simple tap in to break the deadlock.

Suhair had his second assist when he provided for Naorem Mahesh Singh who made no mistake to double the lead for East Bengal. The hosts had many chances to score the 3rd but they failed to capitalize on chances.

Odisha manager Josep Gombau decided to make three changes in the second half and they restored parity within three minutes of the restart. Substitute Pedro Martin, who came on at the break, brought Odisha right back into the game with a sumptuous strike in the 47th minute and then doubled his tally within a minute to equalize for the visitors.

Brazilian striker Diego Mauricio assisted Spaniard in both goals. The comeback was complete in the 65th minute when another substitute Jerry Mawihmingthanga headed past Kamaljit from a Meitei cross to give Odisha the lead for the first time in the game. 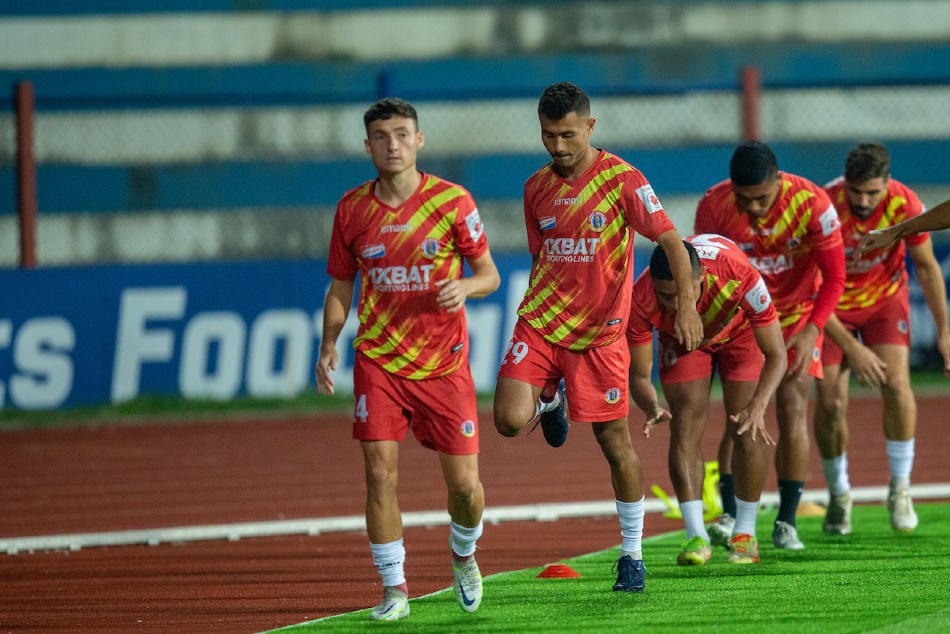 They sealed the game in the 75th minute as East Bengal's sloppy defense leaked another one. Nanda Kumar was the beneficiary this time who slotted past the keeper with a decent left-footer.

With the win, Odisha FC move to 3rd place in the ISL table with 12 points. East Bengal remain 8th in the table with 6 points. Odisha will host Chennaiyin FC in their next match on November 24 while East Bengal travel to Jamshedpur three days later.