Spaniard Hernandez scored in the tenth minute to hand ATK the lead before compatriot Edu Garcia doubled the lead in the 47th minute.

Though Chennaiyin FC's Nerijus Valskis reduced the gap in the 69th minute, the effort came a tad too late as ATK has established a vice-like grip over the proceedings by that time.

Hernandez added one more in the third minute of the stoppage time to pile on the misery for Chennaiyin FC.

The only consolation for Chennaiyin FC on the night was Valskis winning the Golden Boot award after he emerged as the top scorer of the ISL with 15 goals.

Both ATK and Chennaiyin had won the ISL twice already and were looking to become the first side to win it three times with the honour falling on the latter in the final played under closed doors due to the coronavirus scare. 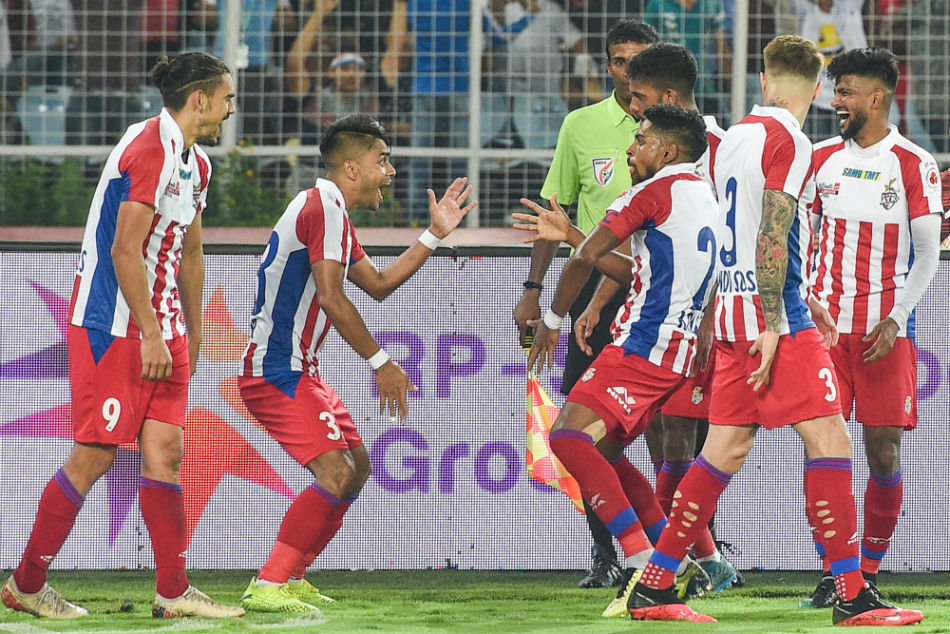 The two teams were brilliant in the play-offs with Chennaiyin FC getting the better of FC Goa in a thrilling two-legged tie that finished 6-5, while ATK produced a second leg turnaround to get the better of Bengaluru FC 3-2 on aggregate.

But on the day when it mattered most, ATK were the best with Chennaiyin FC forced to play the second fiddle.

ATK drew first blood with their first major sight of goal in the 10th minute. John Johnson's cross-field ball found Roy Krishna on the left flank who delivered a good cross towards the edge of the box.

Hernandez, who was left unmarked, smashed a half-volley into the ground and beat goalkeeper Vishal Kaith to give ATK the lead.

ATK scored the all-important second goal and doubled their advantage two minutes into the second half.

Williams picked up the ball in midfield and fed Edu Garcia into the box. The Spanish midfielder beat Kaith with a neat finish from an acute angle to make it 2-0.

Chennaiyin finally found a way past the ATK defence in the 69th minute. Laldinliana Renthlei played a neat one-two with Anirudh Thapa on the right before sending a cross into the centre of the box.

Pritam Kotal's headed clearance fell to Jerry Lalrinzuala who passed the ball to Valskis in the centre. The Lithuanian striker found the net with a powerful strike to score his 15th goal of the season and give Chennaiyin a lifeline.

ATK got their third goal of the night and struck the final blow in the last minute of injury time.

Substitute Pronay Halder lifted the ball over the Chennaiyin defence into the path of Hernandez who slotted the ball home.