ISL Final: Can't rate us as favourites, both are equal: Bengaluru head coach 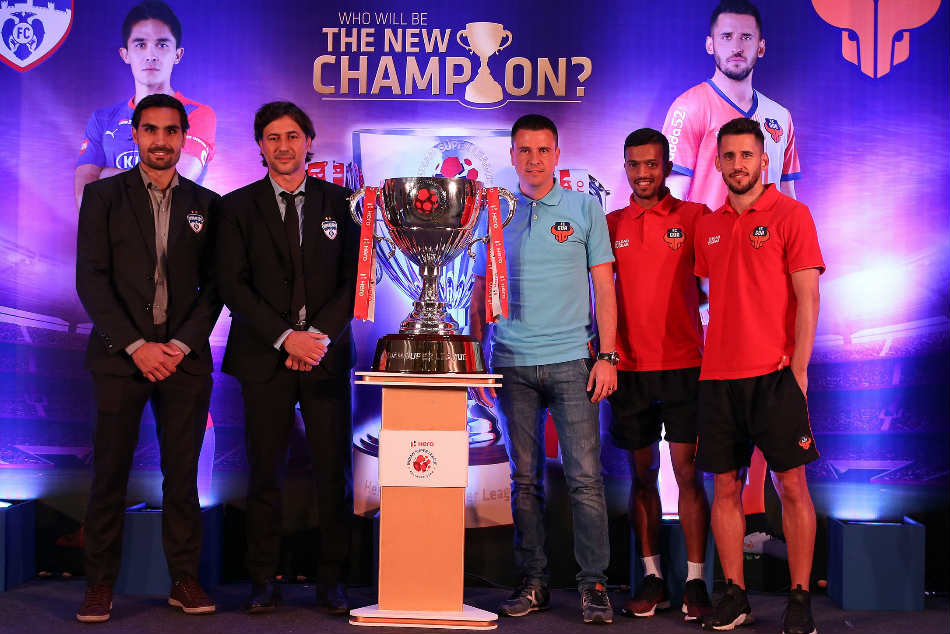 Cuadrat doesn't consider his side as favourites to lift the fifth edition of the ISL despite holding an edge over their opponents in the league stages. "I don't see our team as favourites (in the final). There are a lot of factors involved in finals, and both these teams (Bengaluru and FC Goa) have arrived with very similar numbers," Cuadrat said on the eve of the ISL final between the two sides here.

"Both teams had the same number of wins, draws and losses. They have scored more goals, but we missed Miku with whom we may have had more goals. I think both the teams are favourites for this title and that is because both teams have quality players and play good football," the Bengaluru coach insisted.

The boss spoke about Monday night at the Fortress, Sunday's opponents and the joy of going a season unbeaten at home. Watch! #BENGOA #Mattomme #WeAreBFC pic.twitter.com/oyy9zX9jI5

According to Cuadrat, the battle on Sunday at the Mumbai Football Arena will be about possession and the form of strikers of both the teams. "We have players like Sunil (Chhetri), Gurpreet (Singh Sandhu), Udanta (Singh) and many others who can shine. The problem is that Goa also has many players who can have a great game. Let's see what happens, hopefully we can stop the Goan players from being heroes," he said.

"I don't think the previous games or the results should give us confidence because this is a final and it is a completely different situation. I think both the teams have a lot of quality in the midfield. The battle will be about possession and about how dangerous the top strikers of can be."

The Bengaluru coach said that he was aware about his team's shortcomings ahead of Sunday's all-important clash. "I am aware about the fact that we haven't been scoring goals too early, but I can assure you that the plan is to score in the first minute," he said.

Mumbai has been a lucky hunting ground for FC Goa as they have won their previous two games here, but their head coach Sergio Lobera believes Sunday's final will be a completely "different" ball game.

"Whatever happened in the past stays in the past and the final will be completely different game. It is true that Bengaluru won both the fixtures. We played against them (in the league stage), but we are coming here with the intention of winning the final," he said.

There is a perception that Goa is more dependent on its foreign players, but the coach thinks otherwise. "To be honest, I don't think so. One of the biggest achievements this season has been the improvement of our Indian players. They have improved individually and have a better grasp on our style," Lobera said.

According to the Goa coach, tactics will play an important role. "I think tomorrow tactics will be important. But there will be other factors like motivational, psychological that will come in to play. It depends on how players can take these factors in stride," he said.

Goa's star striker Ferran Corominas did not click against Bengaluru, but the Spaniard feels that every game is different. "It is true I have not been able to score. We did get chances though. Every game, however, is different and we are enthusiastically looking at the final," Corominas said.