Kevin De Bruyne injured: How will Man City cope without their talisman

By Dom Farrell
Updated: Saturday, January 23, 2021, 14:18 [IST]
omnisport-MyKhel Team
Manchester City could be without Kevin De Bruyne for six weeks, meaning the likes of Bernardo Silva and Phil Foden will need to step up.

London, January 23: Pep Guardiola did not see the point in sugar coating the news that Manchester City will be without Kevin De Bruyne for between four to six weeks with a hamstring injury.

"It is [a huge blow] but we have to move forward," he said after confirming the extent of the setback for the Belgium international.

"He has an important part of the season out and we have to find a solution." 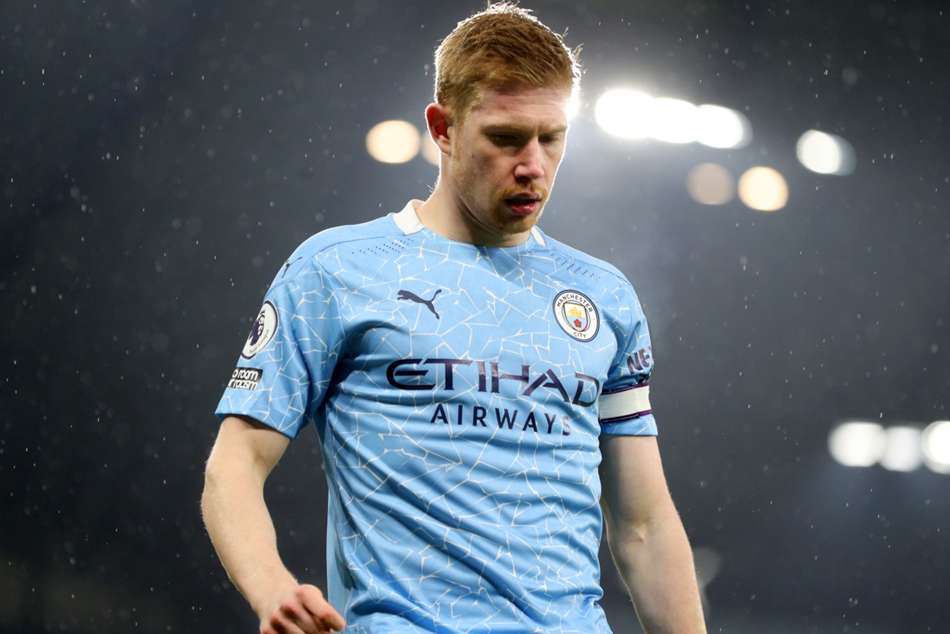 Handily for Guardiola, having the likes of Bernardo Silva, Ilkay Gundogan and Phil Foden to choose from within his creative department means such solutions are - in theory at least - close at hand.

Here, we will examine how well equipped City are to face a run of fixtures including games against Liverpool, Tottenham, Arsenal, Borussia Monchengladbach and possibly Manchester United without their star midfielder.

Even when acknowledging City's enviable squad depth and Guardiola's career-long emphasis on the importance of the collective, De Bruyne's individual contribution throughout the Catalan's Etihad Stadium tenure is a heavy one.

Across 204 appearances since Guardiola took over at the start of the 2016-17 season, De Bruyne has supplied 88 assists - one every 2.3 matches.

Those come from 592 chances created, an average of one per 26.3 minutes.

David Silva is next with 365 opportunities created, with his 47 assists over the period in question second to Raheem Sterling (54).

Basically, daylight is second to De Bruyne in those and a host of other categories.

De Bruyne's 2,015 passes into the penalty area, including crosses, are more than double the amount attempted by any other player during the Guardiola era.

Although City finished a distant second to Liverpool in the Premier League last season and bowed out of the Champions League with a dispiriting quarter-final loss to Lyon, De Bruyne was named both PFA Players' Player of the Year and UEFA Midfielder of the Season.

He equalled the Premier League record of 20 assists in a season in 2019-20 and already has 10 this time around, with that figure rising to 15 in all competitions.

Sterling (six assists), Riyad Mahrez (45 chances created and 106 passes into the box), are next best in those categories, again demonstrating the how central De Bruyne is to City as an attacking force.

Had De Bruyne been struck down when Guardiola's men were limping through the early weeks of the season, it might have cut off any title bid in its infancy.

However, the manager now has a number of other midfielders stepping up in impressive fashion.

Perhaps the most reassuring development for City this week came in the immediate aftermath of his injury.

The game was all square at 0-0 when he departed, Bernardo Silva dropped back to his team-mate's role on the right of the midfield three and promptly thrashed into the top corner to break the deadlock.

"He's back," Guardiola said defiantly of the Portugal playmaker on Friday.

"He struggled last season - maybe for the lack of minutes I gave him or maybe because he was not like him. Always he has been so important for me, for all of us."

Bernardo being "back" is a message understood loud and clear by regular City observers. It means the player who scooped the club's player of the year award when they won an unprecedented domestic treble in 2018-19; a player who has been difficult to spot for much of the subsequent 18 months.

Arguably the most impressive element of that trophy-laden campaign, when City pipped Liverpool to Premier League glory with 98 points to their rivals' 97, is they were without De Bruyne for large chunks of it.

The former Wolfsburg man twice sustained knee ligament damage before a calf strain kept him out for a key stretch of the run-in.

Bernardo's versatility is what makes him a Guardiola favourite, but playing for much of the season in De Bruyne's midfield berth, he registered 13 goals and as many assists in all competitions - a career best return for the ex-Monaco favourite.

The goal against Aston Villa was the 26-year-old's first in the Premier League this year and another drought would be deeply unhelpful as De Bruyne looks on, even though midfield goals have been flying in from elsewhere.

Gundogan and Foden in the goals

Gundogan rounded off the scoring from the penalty spot in midweek and will probably retain duties from 12 yards with De Bruyne out, having scored four out of five at City.

The Germany international is on a hot streak in front of goal since a torpid 0-0 draw at Manchester United in December persuaded Guardiola to tweak his formation and allow Gundogan more attacking license from central midfield.

Five in his past seven Premier League games is part of an all-competitions tally of seven - already the best single-season return of the 30-year-old's career.

Goalscoring is one area where De Bruyne has been under par this year. Two of his three Premier League goals are penalties, and his solitary strike from open play is the yield from 57 shots with an expected goals (xG) value of 5.1.

The England playmaker is level on eight with Raheem Sterling as City's top scorer in all competitions this season and has excelled in a left-wing role over recent weeks.

Like Bernardo, Foden's preference would probably be to operate in De Bruyne's favourite position but he has repaid both the faith of Guardiola and the clamour from City fans for him to start Premier League games more regularly.

City's overall statistics in the eight top-flight matches where Foden has made the XI this season are similar to the 10 when he did not, with a 62.5 per cent win ratio set against 60 per cent falling slightly in the hometown hero's favour.

However, they are considerably more active in front of goal when Foden starts, averaging 19.3 shots per game as opposed to 13.7.

The man himself has plenty to do with such an upturn if his five shots and six chances created against Villa are anything to go by - his most shot involvements in a single Premier League game.

Replacing De Bruyne's similarly weighty numbers in other areas is a task almost certainly beyond any individual at City but, with Bernardo, Gundogan and Foden among the collective, Guardiola has ample talent to keep his team's title challenge on track.