Nantes announce plan to retire No.9 jersey in Sala's honour

Paris, February 8: Nantes have announced they will retire their number nine jersey after the body recovered from a plane wreckage in the English Channel was confirmed as that of former striker Emiliano Sala.

The UK's Air Accidents Investigation Branch (AAIB) confirmed on Wednesday that a body had been passed to the Dorset Coroner, having been recovered with the help of specialist contractors, and it was identified as Sala a day later.

The Piper Malibu aircraft disappeared with Sala and pilot David Ibbotson aboard on January 21, with the 28-year-old en route to Cardiff City having completed a club-record transfer from Ligue 1 side Nantes. 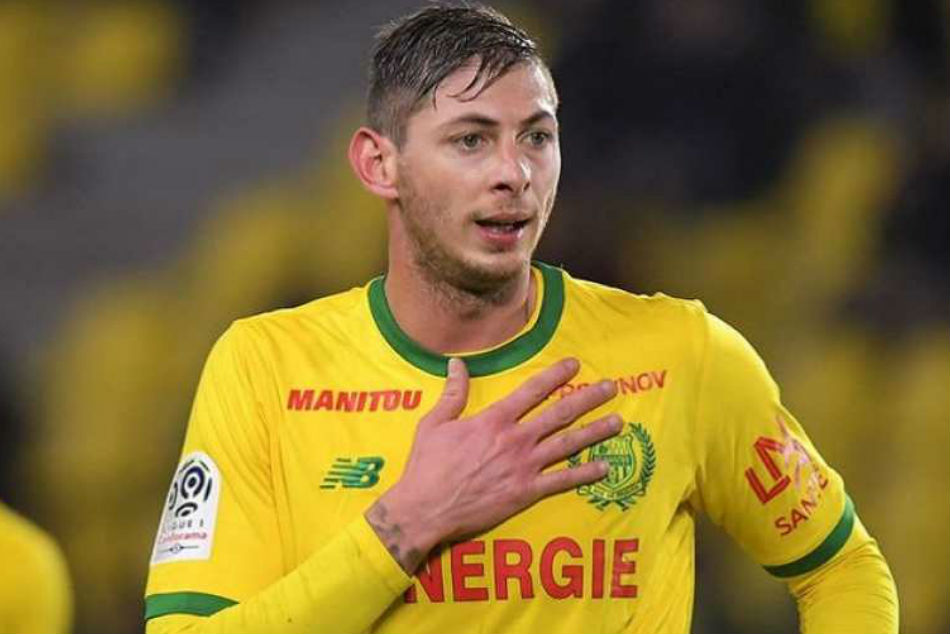 Sala had been a fan favourite at Nantes prior to his transfer, having scored 42 Ligue 1 goals in the last three-and-a-half years, with 12 of those coming in just 19 appearances this season.

"I don't have the words. It's a tragedy, I'm crushed," Kita said. "Emiliano left his mark.

"That's why, like many fans, I wish to honour him by retiring the number nine."

Kita's comments were part of club statement that expressed the devastation caused by the loss of their former frontman.

It read: "Nantes had the immense sadness on Thursday to learn that the body found was that of Emiliano Sala.

"This news puts an end to interminable and unbearable waiting. Emiliano will forever be one of the legends who has written the great history of Nantes.

"There are difficult mornings, nightmarish awakenings, where unhappily reality hits us. Emi is gone.

"Emiliano Sala arrived on the backs of the Edre in July 2015 and knew how to win the hearts of the Nantes supporters.

"With his work, his desire and his kindness without limits, he finished as the club's top scorer in his three seasons.

"The homages paid to him nationally and internationally match the player and person that he was. Today, we have lost a friend, a talented player and an exemplary team-mate.

"We can't forget in this drama the pilot and his family and have confidence that the authorities will continue their search.

"Nantes, its board, its staff and its players, wish to pass the families of Emiliano Sala and David Ibbotson their deepest condolences. We will never forget you Emi.