London, May 17: Champions League qualification is all that is left to be settled in the Premier League, and there was another huge twist on Sunday.

With Liverpool heading for what could have been a costly draw at relegated West Brom, an unlikely hero cropped up in the form of goalkeeper Alisson.

Before Alisson's heroics at the Hawthorns, Crystal Palace overcame Aston Villa, Tottenham kept on their push for a European finish by beating Wolves, while Everton's dismal home form continued with what Carlo Ancelotti labelled an "embarrassing" defeat to lowly Sheffield United in the late game.

Using Opta data, we take a look at the best facts from across Sunday's games.

38 - Alisson was the scorer of Liverpool's 38th winning goal in the 90th minute of a Premier League game; 13 more than any other team in the competition's history. Wonderland. pic.twitter.com/2WNcbsnA6T

Sunday kicked-off with what turned out to be a five-goal thriller – Palace coming from behind twice to win 3-2. Villa have lost four of their last seven Premier League matches when scoring first (W1 D2). Prior to this, they had won 12 of their first 13 league matches this season after netting the game's opening goal.

There were 42 attempts at goal in this match (23 for Palace, 19 for Villa), with only Manchester United's 6-2 defeat of Leeds seeing more in a Premier League game this season (43).

Tyrick Mitchell became Palace's youngest top-flight scorer (21y 257d) since Clinton Morrison in May 1998 against Sheffield Wednesday (18y 361d), while he is the youngest to score and assist in a Premier League game for the club since George Ndah in January 1995 against Leicester (20y 22d).

Mitchell scored the winner after teeing up Christian Benteke – only Olivier Giroud (32) has scored more headed Premier League goals than the Belgian (31) since the start of 2012-13.

John McGinn and Anwar El Ghazi netted for Villa, but Wilfried Zaha's 11th goal of the season, his most in a single top-flight campaign, levelled the scores before Mitchell's winner.

10 - The 10 players with the most headed goals in @premierleague history:

Harry Kane struck as Tottenham moved into the top six with a 2-0 win over Wolves. Kane has now scored 22 goals and provided 13 assists in the league this season – the only players who can better his 35 goal involvements in Europe's top five leagues are Robert Lewandowski and Lionel Messi. 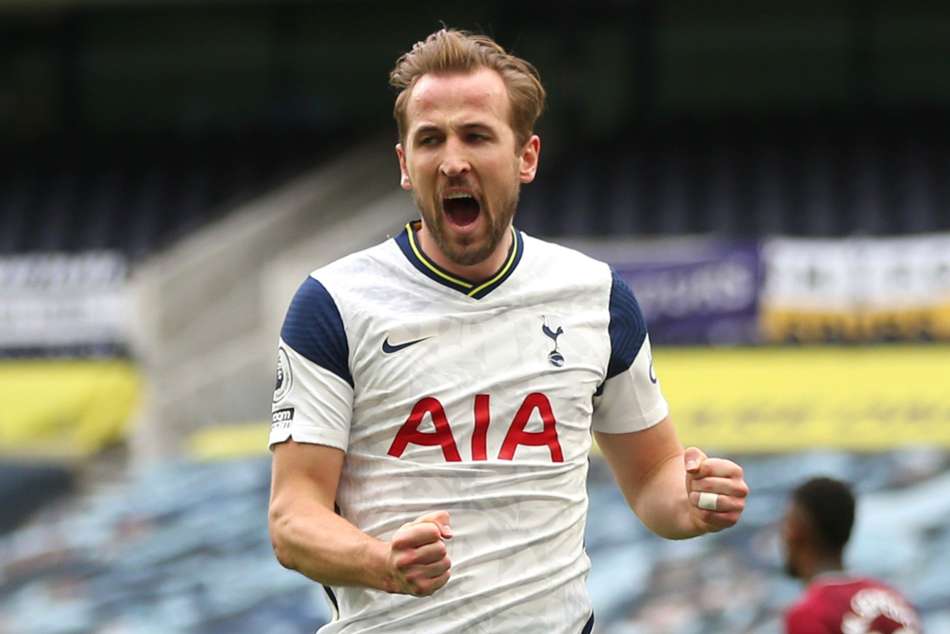 Pierre-Emile Hojbjerg set up Kane's opener and then got Spurs' second just after the hour, scoring and assisting in a Premier League game for the first time in his 145th appearance.

Tottenham have now won each of their first three home league matches under Ryan Mason, making him the first Spurs boss to do so since Harry Redknapp in November 2008.

Meanwhile, since winning three of their first five away games in the Premier League in 2020-21, Wolves have only won two of 13 on the road in the competition (D5 L6).

35 - Harry Kane has been directly involved in more Premier League goals than any other player this season (22 goals, 13 assists), with only Robert Lewandowski and Lionel Messi having a hand in more across the top five European leagues. Class.

Liverpool's Champions League chances were hanging by a thread as they won a late corner at the Hawthorns, but the most unlikely hero rescued three points.

In Liverpool's entire history since they were founded in 1892, Alisson is the first goalkeeper to ever score a competitive goal for the club, after he headed in Trent Alexander-Arnold's delivery. 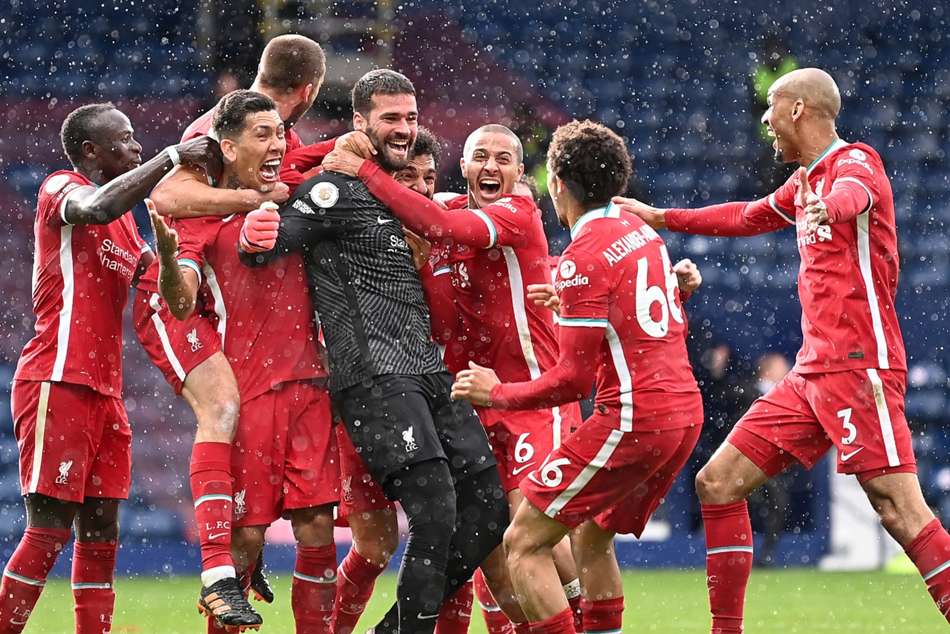 His goal was Liverpool's latest Premier League away winner (94:18) since Benteke vs Crystal Palace in March 2016 (95:10), while the Brazilian scored the very first headed goal by a goalkeeper since the formation of the competition in 1992.

Hal Robson-Kanu put West Brom ahead with his first Premier League goal since November 2017, the Welshman having last started a top-flight game in December of that year.

Mohamed Salah equalised with an excellent first-time finish, his 125th goal for Liverpool in all competitions, and he is still level with Spurs' Kane in the race for the golden boot.

Liverpool have now won six of their last eight Premier League games (D2), the same number as they registered in their 19 top-flight games beforehand (W6 D5 L8), and with Chelsea and Leicester City meeting this week, the Reds are in a strong position to snatch a Champions League spot.

17y 309d - Daniel Jebbison is the youngest player to start a Premier League game for Sheffield United, and youngest to start in the competition overall since Mason Greenwood in May 2019 (17y 223d v Cardiff). Future.

Bottom club Sheffield United picked up only a second win from their past 24 away league outings (D3 L19), and ended a run of seven straight Premier League defeats on the road since beating Manchester United 2-1 in January.

Only Fulham (four) have earned fewer home points in the Premier League in 2021 so far than Everton's tally of six (P11 W1 D3 L7), with the Toffees' one win the joint-fewest on home soil in the competition this calendar year (level with Burnley and Fulham).

Daniel Jebbison (17y 309d) marked his full Premier League debut with the winner, the teenager becoming the youngest player to ever score on his first start in the competition, breaking Danny Cadamarteri's (17y 343d) record set for Everton against Barnsley in September 1997, which was also scored at Goodison Park.

Jebbison is also the youngest player to score a match-winning goal in a Premier League game since Federico Macheda (17y 232d) in April 2009.