Paris, April 16: Paris Saint-Germain president Nasser Al-Khelaifi dismissed reports the club have already signed Thomas Tuchel as their next coach after a 7-1 win over Monaco secured them the Ligue 1 title. 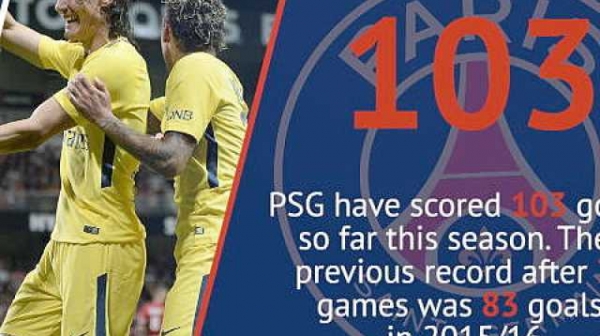 PSG were in ruthless form on Sunday (April 15), as they obliterated the defending champions to regain the title in style.

Unai Emery's men were 4-1 up by half-time thanks to two goals from Giovani Lo Celso and one apiece from Edinson Cavani and Angel Di Maria.

Things only got worse for Monaco after half-time, as Di Maria got another before Radamel Falcao's own goal and Julian Draxler's late strike rounded off an astonishing win.

Although PSG could yet finish the season with a domestic treble, Emery is widely expected to leave the club when his contract ends in June with Tuchel said to have been lined up as a replacement, though Al-Khelaifi claims there is no such agreement.

"If we had signed with someone, we would have announced it to you," he told Canal+.

"Let's be positive tonight, we've done a lot of positive things. We're champions, it's a wonderful thing, I thank everyone.

"And the season is not over yet, there is the cup to win. The Champions League is our big goal, but it's not easy. We work hard, but the other clubs do it too. We are very proud today."

Emery himself has been linked with a return to Sevilla should they part ways with Vincenzo Montella.