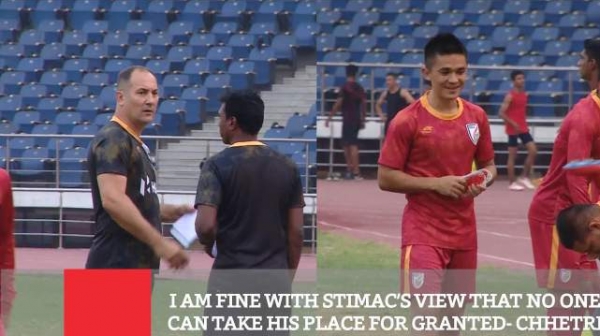 The Croat had already released six players from the initial list of 37 probables who had assembled for the preparatory camp in the capital which started on May 21.

Coach Igor Stimac released a second batch of 6 players from the King's Cup preparatory camp, who are:

Now, the camp has a strength of 25, which will be further curtailed to 23, when the final squad is announced prior to departure to Buriram.

Stimac, who as a coach had guided Croatia to qualify for the FIFA World Cup Brazil 2014 stated that it is "always difficult for the coach to take hard decisions, and release players."

"We are more than happy with the commitment of the players so far, and have really enjoyed working with them every day," Stimac said. "They are passionate, excited, and are making obvious progress on a daily basis," he added.

"The hardest part of the job comes when decisions are to be done about releasing some of them after hard work they put in for the past ten days," he explained.

The Blue Tigers will be leaving for their destination on June 2 from New Delhi to take part in the four-nation tournament. Their first encounter will be against Curacao on June 5 and depending on the outcome of the match, India will either face hosts Thailand or Vietnam in the final if they win. The final will take place on June 8.