It was a penalty, Benatia knocked me down – Vazquez

Cristiano Ronaldo converted a last-gasp penalty after Vazquez was fouled by Medhi Benatia to dramatically deny Juventus, who won 3-1 on Wednesday but lost 4-3 on aggregate to the two-time reigning champions. 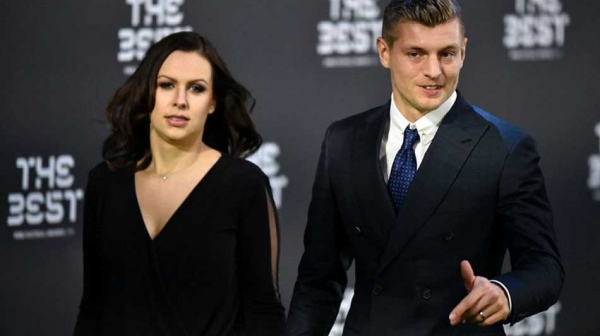 Buffon must accept it was a penalty - Kroos

The match appeared destined for penalties after Juve erased Madrid's three-goal first-leg advantage by sensationally taking a 3-0 lead at the Santiago Bernabeu.

However, Juve's comeback was shattered in the Spanish capital when Oliver pointed to the spot, which infuriated Gianluigi Buffon as the iconic goalkeeper and captain saw red for his protests.

Speaking about the penalty post-match, second-half substitute Vazquez said: "Yes, it was [a penalty].

"When I went to hit the ball the centre-back arrived from behind and knocked me down. There's no discussion.

"It's normal [that Juventus players protested], it was the final minute."

While Vazquez insisted the right call was made, defender Benatia said Juventus were the victims of a poor decision in Madrid.

"We are sad, because we played the game we wanted to and last year the same thing happened to Bayern Munich," Benatia told Mediaset Premium.

"Real Madrid are a great side, but every time there is a challenge, they get the decision and Cristiano Ronaldo scores.

"I went around Vazquez and got the ball. He just went down because he had nothing else to do at that point. You can see the ball bounce off my foot and change direction. Going out to a penalty like that is absurd.

"We are the victims of this situation, but we're very proud of what we did tonight."

As for Buffon's red card, Benatia added: "The referee needs to explain the rules, because if the captain can't even talk to the referee after a penalty is awarded, then who can?"