Germany should have omitted Ozil and Gundogan, says Hitzfeld

London, July 11: Mesut Ozil and Ilkay Gundogan's meeting with controversial Turkish president Recep Tayyip Erdogan was a distraction to Germany at the World Cup and both players should have been omitted from the squad, according to Ottmar Hitzfeld. 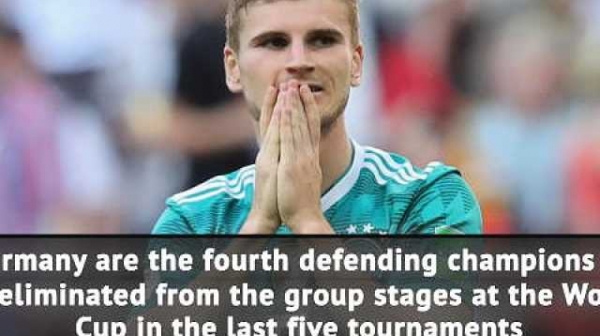 The duo, who both have Turkish heritage, were pictured with Erdogan just a day before Joachim Low named his selection for Russia 2018, and the duo were booed by Germany fans in pre-World Cup friendlies.

Germany endured a disappointing defence of their title, crashing out in the group stages following losses to Mexico and South Korea either side of a last-gasp win against Sweden.

Team manager Oliver Bierhoff later suggested Germany should have passed on Ozil, with the Arsenal playmaker yet to comment on the picture.

Hitzfeld, a Champions League-winning coach with Bayern Munich and Borussia Dortmund, has waded into the argument and believes Ozil and Manchester City midfielder Gundogan – who explained the meeting was not a political statement – should not have been included.

"I believe that with Ozil and Gundogan it did not do them a favour to take them to the World Cup, where they were under enormous pressure," he told Sport Buzzer.

"In my view you have to protect them and leave them at home to make a fresh start again. Then you would have had peace during the World Cup.

"It certainly had an influence on the team. The players were constantly confronted with it."