Budapest, February 21: Commonwealth Games gold medallist Manika Batra showed nerves of steel on her way to upsetting the World No. 26 Chen Szu-Yu as India No. 1 Gnanasekaran Sathiyan too made a winning start to reach the pre-quarter-finals at the 2020 ITTF World Tour Hungarian Open held at the Olympic Hall in Budapest on Thursday (February 20).

The 24-year-old Batra undoubtedly stole the show with her resilient display. Being three games down could not deter her nor could the fact that she was facing a match point in the fourth. The Indian qualifier, who is placed at 67th in the current ITTF world rankings, dug deep and held her nerves to win the next four games in spectacular fashion, leaving her much-fancied 11th seeded Chinese Taipei opponent shellshocked. 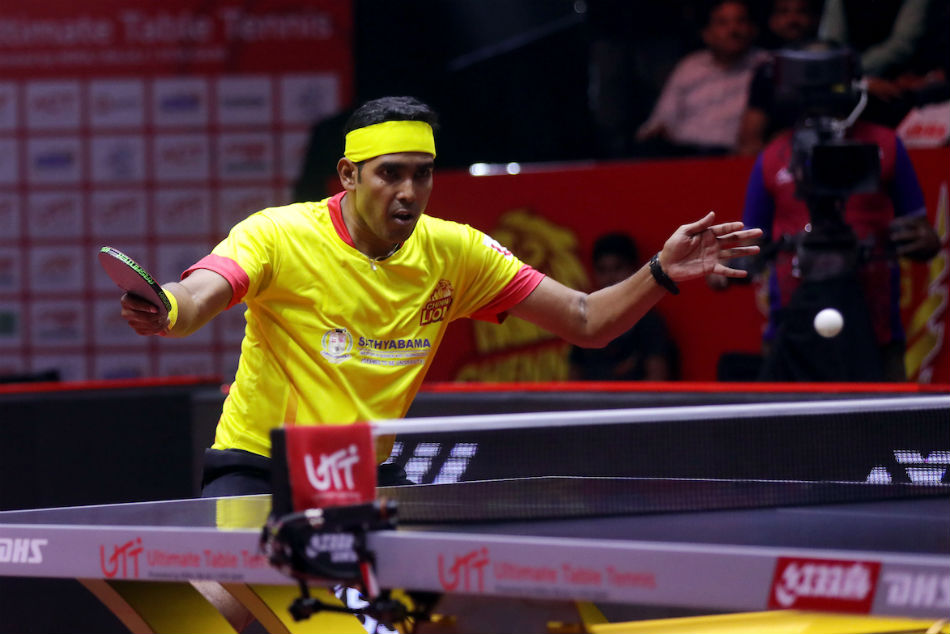 Batra has another tough challenge in front of her as she faces the World No. 11 Hirano Miu in her quest for a quarter-final berth.

Sathiyan will also be in contention for a semi-final berth in men's doubles in partnership with Achanta Sharath Kamal. The pair faces Hungary's World No. 132 Adam Szudi and World No. 142 Nandor Ecseki in the quarter-finals today.

Batra and Sharath Kamal, meanwhile, have got a walkover into the mixed doubles semi-finals and they will now take on the German combine of Patrick Franziska and Petrissa Solja.

With their sights set on Tokyo Olympics qualification, India's top paddlers have participated in this ITTF World Tour event in search of valuable ranking points and high-level match play.