Tokyo 2020: Bolt and Phelps fixtures in greatest days at the Olympics

Tokyo, July 7: The sporting calendar provides many memorable days throughout the year but rarely do elite events overlap as often as at the Olympics.

At this year's delayed Tokyo 2020, there is the prospect of seeing several of the world's top athletes all competing for gold at the same time.

The final round of the men's golf event could see Rory McIlroy and Jon Rahm in the mix, with Andy Murray hopeful he will meanwhile be defending consecutive singles gold medals in the tennis.

This comes on the same day that Simone Biles could potentially become the most decorated Olympic gymnast of all time.

As if that were not enough, the men's 100m final is another must-watch event.

Expectations will be high heading into that second Sunday of the Games, with examples from the past three competitions living up to their billing...

Run for something bigger than yourself and the world runs with you.#StrongerTogether #Tokyo2020 @usainbolt pic.twitter.com/mm8VFZsVNk

Michael Phelps and Usain Bolt would be firmly in contention to appear on the Games' own Mount Rushmore and each enjoyed one of the finest moments of their respective careers on the same day.

Phelps had spent the opening week of the Beijing Olympics pursuing Mark Spitz's 1972 record of seven golds and had six as he entered the pool again for the 100m butterfly final, almost 12 hours before Bolt's big moment.

Seventh at the turn, the United States superstar needed a remarkable recovery to triumph over a devastated Milorad Cavic by 0.01 seconds.

Phelps would pass Spitz with his eighth gold of the Games the following day, by which point he was sharing the headlines with Jamaica's own ultimate athlete.

Bolt's blistering 9.69-second final triumph in the 100m stood as a world record until the same man beat it exactly a year later. The new benchmark remains unmatched.

And that Saturday in China also saw the small matter of Roger Federer's only gold medal, claimed alongside Stan Wawrinka in the doubles final after falling to James Blake as the top seed in the singles. 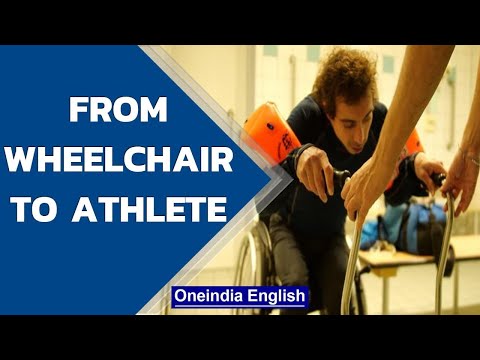 It is actually tough to choose just one day from the 2012 Olympics, where this weekend delivered from start to finish.

On the Saturday evening, at the Aquatics Centre, swimming prepared to say goodbye to its greatest name. Phelps and the United States won the 4x100m medley, clinching his 18th gold medal in what appeared set to be his final race.

Indeed, Phelps confirmed his retirement following the Games, only to return in predictably dominant fashion in 2016.

Across the city that same night, Team GB athletes were capping a stunning run of medals that would see the day dubbed "Super Saturday". There were six home golds in all, including big wins for Jessica Ennis, Greg Rutherford and Mo Farah in quick succession.

The drama only continued the next day, too, as Murray finally sealed a Wimbledon win over Roger Federer in the tennis event, while Bolt lit up London Stadium in the 100m.

Although there will be no Bolt brilliance in Tokyo, Brazil was treated to another show as he became the first three-time winner of the 100m – later doing likewise in the 200m.

The first triumph was almost overshadowed on the track, however, coming shortly after Wayde van Niekerk had broken Michael Johnson's 17-year 400m world record by 0.15 seconds.

Again, the excitement was not reserved for athletics, with Murray in action that evening to claim another gold after coming through a four-hour epic against Juan Martin del Potro.

Murray is the only player – men's or women's – to win consecutive singles golds, while Rafael Nadal's presence added a little more stardust even though he lost the bronze final to Kei Nishikori.

A stunning Sunday also saw Biles add to the reputation she takes with her to Tokyo, a third gold on the vault making her the most decorated American gymnast.

And there was history, too, for Justin Rose, as he edged past Henrik Stenson at the 18th hole of the fourth round to become the first Olympic golf champion in 112 years.