India's top players and a number of foreign stars will battle it out over the next three weeks with an eye on the cash purse of Rs 2 crore, with the winners taking home a cool Rs 75 lakh. 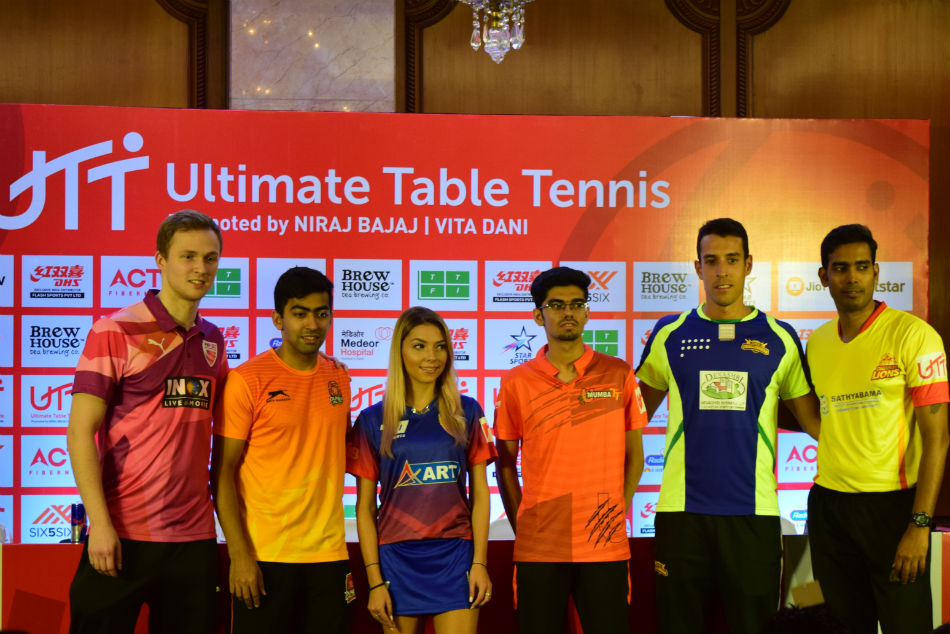 UTT is enriched with the presence of World No. 8 Cheng I-Ching of Chinese Taipei (Goa Challengers) and World No. 12 Doo Hoi Kem of Hong Kong (U Mumba TT) among the women and Chinese Taipei's Chuang Chih-Yuan (Puneri Paltan), Kirill Gerassimenko (U Mumba TT) and Benedikt Duda (RP-SG Mavericks Kolkata) among men.

Among the six teams in the fray, three of them (Puneri Paltan TT, Chennai Lions and U Mumba TT) will be making their debut while Goa Challengers have rechristened themselves.

In the opening match, Sathiyan-led Delhi will go all out to begin their title defence when they take on Puneri Paltan that boast of the recently-concluded Commonwealth TT gold medalists Harmeet Desai and Ayhika Mukherjee.

What TTFI president had to say:

Table Tennis Federation of India working president Dr Prem Verma expressed happiness as the top stars gather in the capital for the three-week extravaganza. "I feel immensely happy to see table tennis grow leaps and bounds in recent times. Having a league like the UTT that combines the best of talent and skill, makes it a great platform for youngsters to flourish. It will also boost India's Olympic medal hopes," he said.

Loser of each semi-final: Rs 25 Lakh