Bengaluru, January 8: Giniel de Villiers finally got the trouble-free run that has been eluding him at Dakar Rally 2021 and was rewarded with the stage win even as Stephane Peterhansel, who finished third in the stage, extended his lead over Nasser Saleh Al Attiyah.

The Dakar Rally 2021 continued to go up through the gears as stage five offered a variety of off-road challenges.

There were massive dunes to cross, stony sections that threatened punctures and tricky navigation throughout the 457-kilometre timed special stage. 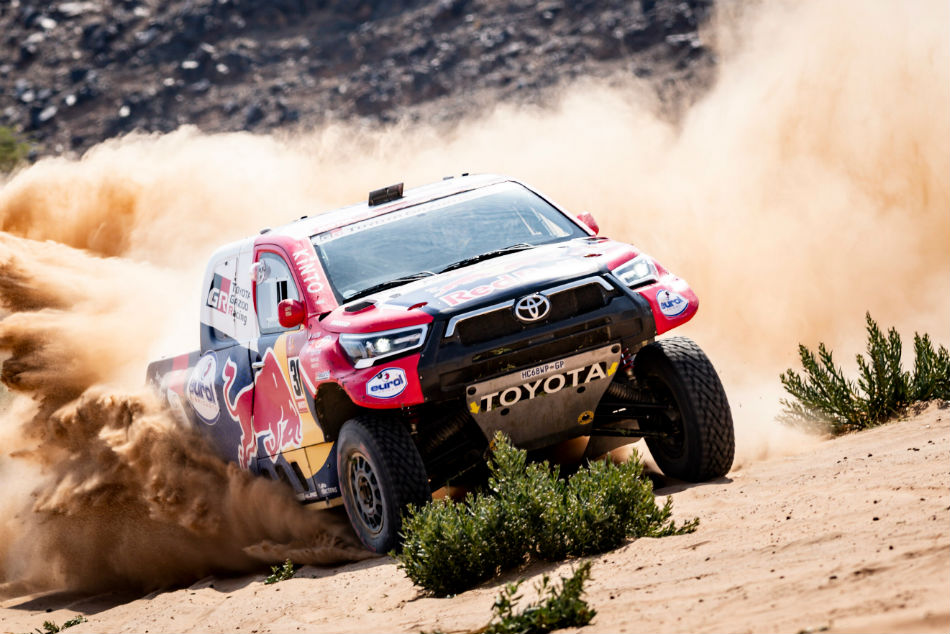 The battle at the front between Peterhansel and Al Attiyah raged for five hours, but still there is just a little over six minutes separating them.

"A real Dakar stage. Really complicated navigation and also not easy on the dunes," said Peterhansel.

"Since the beginning things have really not been going our way. Then everything seemed to click into place," said De Villiers, after winning his first stage in this year's Dakar being held in the deserts of Saudi Arabia.

With Al Attiyah finishing fourth and reigning champion Carlos Sainz ninth, it means Peterhansel now lies 6m11s ahead of the Qatari overall with Sainz 48m13s back in third and Poland's Kuba Przygoński in a creditable fourth.

Three-time champion Al Attiyah who has Frenchman Matthieu Baumel as his co-driver said, "It wasn't easy to open. We saw a lot of bikes coming and got confused. At the beginning, we lost eight or nine minutes. I'm happy to have got here. Stephane (Peterhansel) did a very good job because he stayed behind me all the way."

Friday's (January 8) stage six is from Al Qaisumah to Ha'il with 448km of special stage ahead of Saturday's (Januray 9) rest day.