Al Attiyah, the 51-year-old Toyota Gazoo Racing Team driver had previously won the most-demanding FIA off-road rally in with Volkswagen in 2011, MINI in 2015 and Toyota in 2019.

"We had finished second every time since we came to Saudi Arabia two years ago, now we're really happy," said a beaming Al Attiyah, who is now the joint-second most successful car driver in the history of the event, tied with Finland's Ari Vatanen and only behind Stephane Peterhansel's tally of eight wins. 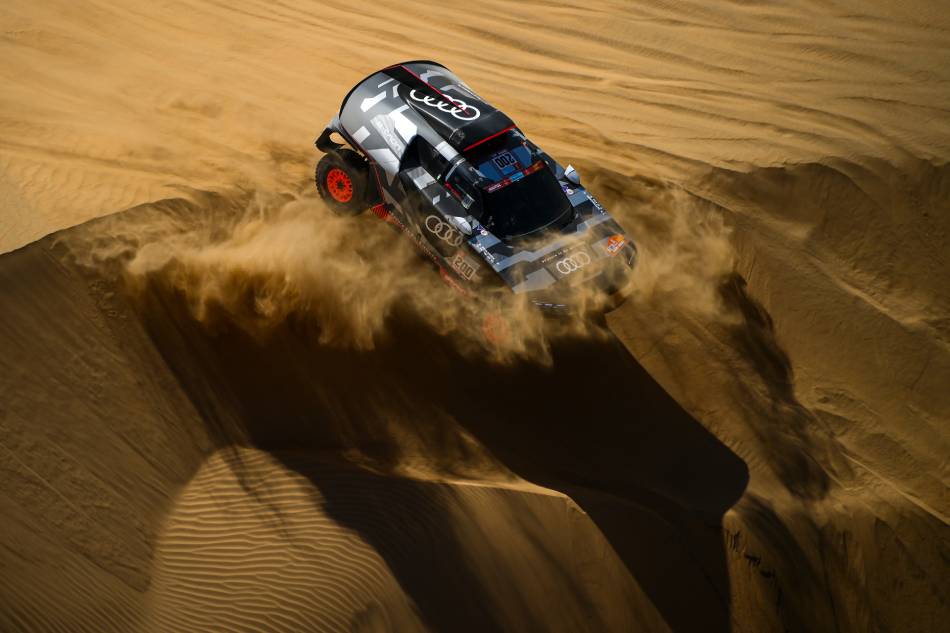 "We opened up a gap on the first day and have since managed our lead. We're really happy, and I reckon, I reckon we'll start thinking of the next Dakar in a week or 10 days," added the Red Bull athlete.

Al Attiyah, a multi-sports athlete, who has won a bronze-in skeet shooting at the 2012 London Olympics, led Dakar 2022 the race from start to finish. The Dakar Rally began in 1978 as a race from Paris across the Sahara to the Senegalese capital but switched to South America in 2009 for security reasons.

One of motorsport's most dangerous and gruelling events, the rally moved to Saudi Arabia from 2020 and was held in the Middle East country for the third year in a row.

Frenchman Loeb was the only one who looked like challenging Al Attiyah in the Saudi Arabian deserts and dunes.

The BRX Team driver pushed Al Attiyah all the way and ensured that the ace Qatari still needed an untroubled run on the final 164 km stage to secure victory in Jeddah where the rally had started on the New Year's Day.

The intense highs and lows of the Dakar were exemplified over the past 14 days. The 12th and final stage of Dakar 2022 featured 163kms of timed racing between Bisha and Jeddah.

For the race leaders the stakes could not be higher, as one false move on the final stage could have undone two weeks of faultless desert racing which finally culminated with the ceremonial finish in the Red City of Jeddah on Friday (January 14).

The entry field for the 2022 FIA Dakar Rally included virtually the crème de la crème of off-road racing. including France's 14-time winner (across all classes) and defending champion Peterhansel, Spain's rally legend Carlos Sainz and WRC monarch Loeb. But on Friday at Jeddah, it was Al Attiyah who had the last laugh.

Whether the ace Qatari is the greatest rally driver of all times remains a subject open to debate. But for the time being he can bask in the glory of having crossed the chequered flag first in the deserts and dunes of Saudi Arabia. Kudos champ!