The 57-year-old clocked 2hr 03min 43sec on a stage shortened by high winds to a 233km special between Haradh and Shubaytah, finishing ahead of Poland's MINI team-mate Jakub Przygonski and South African Giniel de Villiers in a Toyota.

Things had started to get a little uncomfortable for Sainz during the Dakar's second week. His lead of 10 minutes had been cut to just 24sec after stage 9 which was won by Stephane Peterhansel. 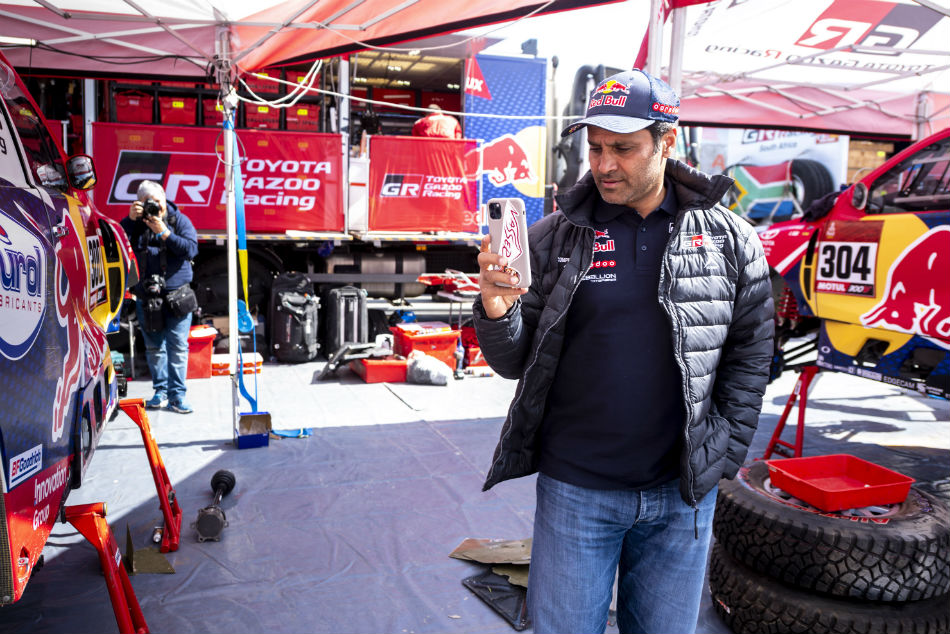 However, on stage 10 the MINI driver was once again able to increase his advantage at the front of the race as he took full advantage of the navigational problems faced by closest rivals -- the three-time champion Al Attiyah and France's 'Mr Dakar', Peterhansel.

Peterhansel finished 11min 48sec off Sainz's pace, while Al Attiyah was further back, at 17:46.

The result means Sainz, with two stages to go, now sits 18:10 ahead of Al Attiyah and 18:26 in front of Peterhansel.

The competitors left in the Dakar are on their own in Shubaytah, denied the assistance of their mechanics. They will need to fix any problems on their machines themselves before racing 379 kms back to Haradh tomorrow on stage 11.

Al Attiyah and Peterhansel are both left to ponder if stage 10's navigation mistakes have cost them the win at the first Dakar held in the Middle East.

"It was a little bit tricky in the morning. We had a bit of a sandstorm and it wasnt so easy with reduced visibility. There were some big cuts in the sand where it was easy to drop. The stage went well for us later on. One waypoint was difficult but somehow we managed to get it. Everything worked fine for us," said Sainz.

Racing on stage 10 was halted at the 345 kms mark as a safety precaution due to extremely high winds on the track.

"At one point we got a little bit lost, that was just for two or three minutes. After getting that waypoint we took the wrong way which took us 20 kms extra to drive. We lost 19 minutes on Carlos (Sainz) but this is how it goes. We still have a long day tomorrow and everything is still possible," rued Al Attiyah.

Peterhansel, who has won the Dakar 13 times (seven times in a car and six times on a bike) has still not lost hopes though.

"In the end it's been a good stage for the team. Carlos (Sainz) has opened up a big gap between himself and Nasser (Al Attiyah). For us, we opened the road and got lost just 20 kms before the end. Nasser was also with us. When we find the right way, Carlos and Kuba (Przygonski) had caught up with us so we showed them the way," Peterhansel said.

Dakar debutant Fernando Alonso, the two-time former Formula One champion, lost more than an hour after double rolling his Toyota Hilux, an accident that saw the Spaniard carry on driving with no windscreen.

The Spaniard hit a dune at an awkward angle two kilometres into the 53 kms test, pitching he and Marc Coma's Hilux into a roll.