Austin, April 23: Marc Marquez put a difficult start to the season behind him by maintaining his perfect record at the Grand Prix of the Americas on Sunday (April 22).

The reigning MotoGP world champion endured a nightmare in the Argentine Grand Prix last time out, finishing 18th after being hit with penalties for crashing into Valentino Rossi, making contact with Aleix Espargaro and delaying the start.

Marquez was accused of having "destroyed" the sport by Rossi, but the Spaniard obliterated his rivals to claim a sixth win out of six at the Circuit of the Americas despite being given a three-place grid penalty. 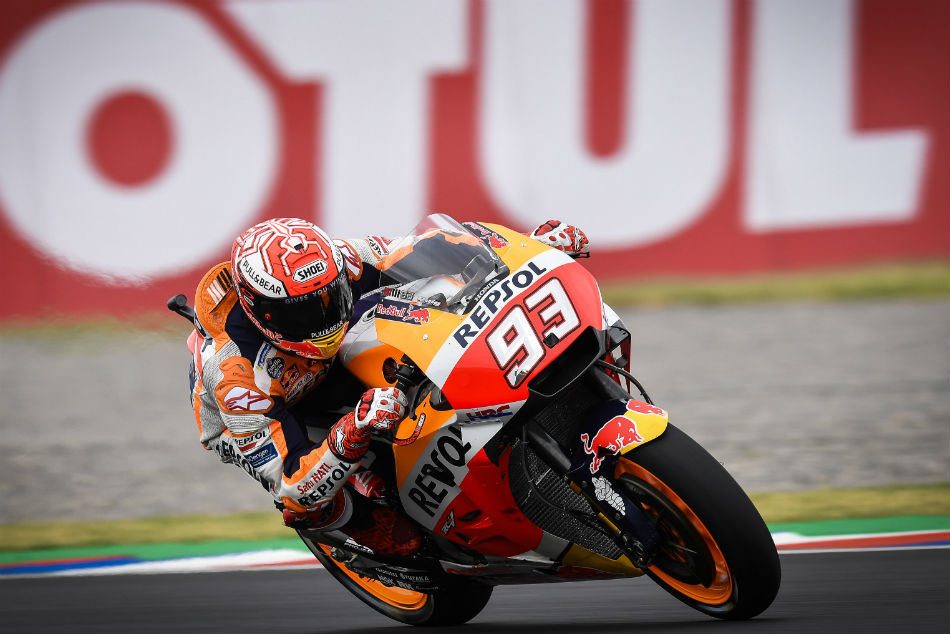 Marquez took another setback on the chin, taking the lead on the first lap and sealing a 10th successive premier class win in the United States - and his first success of the season - to move just a point behind new championship leader Andrea Dovizioso, who finished fifth for Ducati.

Andrea Iannone passed slow-starting pole-sitter Vinales to lead going into Turn 1, but Marquez also got off to a flyer and was in front after overtaking at the end of the back straight.

Iannone briefly retook the lead, but Marquez took control of the race and never looked like letting it slip, easing to victory 3.450 seconds ahead of Movistar Yamaha's Vinales, with Iannone taking a first podium finish for Suzuki.

Rossi was back in fourth, while Dani Pedrosa secured a magnificent seventh place considering he only underwent wrist surgery last week.

Cal Crutchlow, who arrived in Austin atop the standings after his win in Argentina, crashed out on lap 13.

Marquez will be hoping home comforts bring him back-to-back wins at the Spanish Grand Prix at the Circuito de Jerez in a fortnight.