Bengaluru, November 14: Valentino Rossi's media commitments have always been interesting, especially the way he handles the scribes in the pre-event and post-race press conferences.

And even on his final day in the paddock, The Doctor showed how good he is in handling the emotions.

As curtains came down on an illurstrious Grand Prix racing career, at Valencia on Sunday (November 14), the Italian great was at his sarcastic best when he spoke to the media. 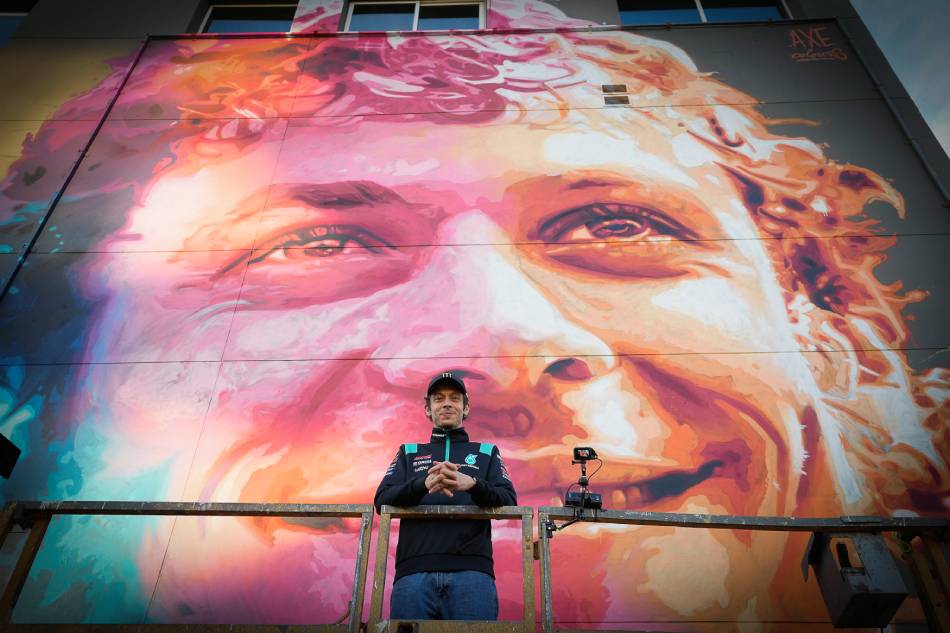 "Quitting was an excuse to make a bit of a mess, maybe I'll quit next year too! No, you know how proud I'm to have gone out strong," Rossi was quoted as saying by Sky Sport Italia.

The 42-year-old finished 10th in his final fiesta in a race, which was won by his protege Francesco Bagnaia.

However, the Ducati rider's win in the Valencia Grand Prix, the season-ending race of the 2021 FIM MotoGP World Championship, was overshadowed by the emotions over Rossi's farewell.

The fluorescent yellow No 46 bike will no longer shine on the MotoGP grid from next seasn. For sure, Rossi's grace will be missed immensely both on and off track in 2022 and beyond...

Rossi was mobbed at the end of the race, with his rivals, fans and crew all swarming around him before lifting him aloft of the track shortly after old friend and mentor -- Brazilian football legend and 2002 FIFA World Cup-winner Ronaldo -- waved the chequered flag.

"I was in shape today, I was inspired. I like that I've left in this way. At least I can say that at the last race I finished 10th," Rossi dwelled further about the feelings.

"There's been a lot of surprises, we've had fun. It was my style, we drank, broke a few things. I'm not that drunk yet!

"I'm happy to have had a good race, I finished among the 10 strongest riders in the world. Slowly now I'll realise that I'm stopping, but for now, it just feels like the championship is over.

Rossi, a seven-time MotoGP champion and legend of the sport, took to the track for the final time on Sunday having confirmed the 2021 season would be his last back in August.

The 42-year-old qualified in 10th and ultimately finished in the same position, achieving the top-10 finish he had identified as his goal heading into the weekend.

Fittingly, VR46 academy product Bagnaia was victorious on the day. He and the other riders to have come through the academy who were involved in the various races over the weekend wore replicas of Rossi's most iconic helmet designs, and he appreciated that tribute.

"Yesterday, when they surprised me with the helmets, it was tough but nice. Today, it was great to see them in action," Rossi added.

As the curtains came down on the 2021 FIM MotoGP World Championship at the Circuit Ricardo Tormo in Valencia, and as we say ciao to Rossi, for the quarter of a century of history and memories, the only thing left to say is, Grazie Vale!