Bengaluru, February 5: Italian rider Andrea Iannone will miss MotoGP's three-day pre-season testing in Sepang starting on Friday (February 7) as no decision has yet been taken in his anti-doping case.

The Aprilia rider was provisionally suspended in December after returning an adverse finding of a non-specified substance in a urine sample taken at last year's Malaysian Grand Prix.

The 30-year-old requested analysis of his B sample, which confirmed the initial result. 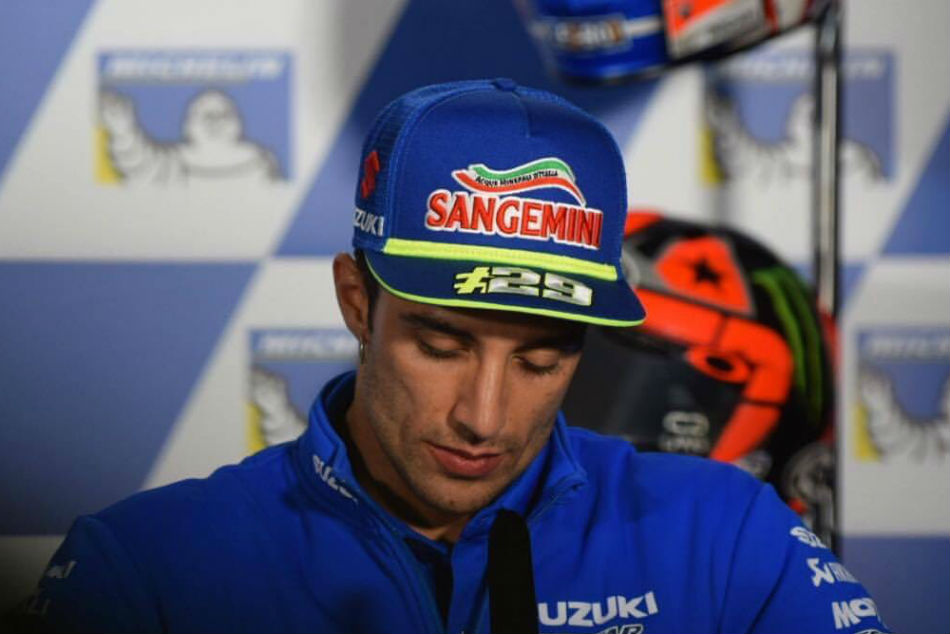 Iannone presented his case to the International Disciplinary Court on Tuesday (February 4). However his suspension remains provisional as no final decision has yet been taken in the case which is being heard by a panel of three judges.

"Following a routine In-Competition doping test conducted at the round of the FIM Grand Prix World Championship held in Sepang, Malaysia on 3 November 2019, Mr Andrea Iannone tested positive for a WADA prohibited substance and is now provisionally suspended since 17 December 2019," an FIM statement read.

"Mr Andrea Iannone requested analysis of his B sample which also confirmed the result of the A sample analysis.

"The proceeding is still ongoing until a CDI decision is rendered. Mr Andrea Iannone remains provisionally suspended until then and is therefore barred from participating in any motorcycling competition or related activity until further notice.

Test rider Bradley Smith is expected to replace Iannone in the Sepang test which concludes on Sunday.