Bengaluru, September 21: The headlines overflowed at MotorLand Aragon, and now the paddock packs up and heads east for the Japanese Grand Prix at the Twing Ring Motegi with three riders split by 17 points and everything to ride for in the 2022 FIM MotoGP World Championship.

Not since 2019 has MotoGP been able to race at the venue, which in some ways now seems like a different era. 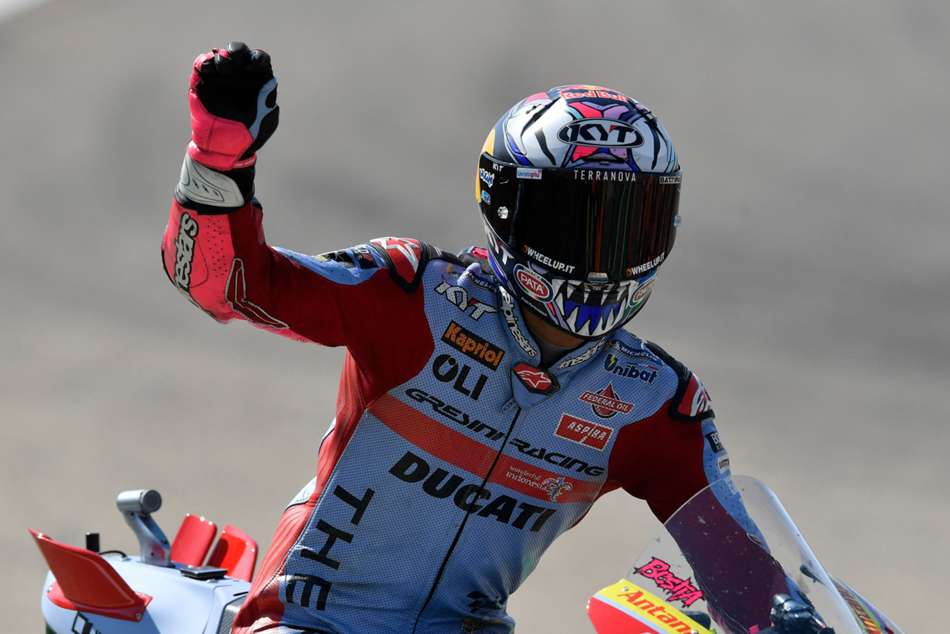 Elsewhere at the Iwata marque there remains plenty to talk about. Cal Crutchlow (WithU Yamaha RNF MotoGP) was the first Yamaha home after that bad luck for Quartararo, and the Brit has therefore contributed Constructors' points already - no mean feat as El Diablo was the scorer until Sunday.

Crutchlow has plenty experience at the venue too. For Franco Morbidelli (Monster Energy Yamaha MotoGP), meanwhile, that was bad news - and he needs to find his way back into the form that's seen him win races.

After the dust settled at MotorLand, we were left with even more questions about Marquez as the No.93 failed to make it out of Q1 due to yellow flags, and then failed to make it far into the race with that bad luck. Where would he have finished?

There remain some cards close to the Repsol Honda rider's chest and home turf for the factory is an interesting place to have to play them. As a true veteran now, Marquez knows the track better than everyone on the grid - so what can we expect? And can Pol Espargaro move forward on the other side of the garage?

Quartararo now has only ten points in hand at the top of the table, but it was through no fault of his own and he'll be more eager than ever to push to extend it again. He also arrives knowing that his last performance at Motegi, vs Marquez, was one of those that cemented his growing legend.

So will that experience count? With action beginning on Friday afternoon, he will be hoping it helps him hit the ground running - as will Yamaha as they race on home turf for the first time in a few seasons.

After the duel at Misano, Francesco Bagnaia (Ducati Lenovo Team) and Enea Bastianini (Gresini Racing MotoGP) did it again at MotorLand for another spectacular finish, and this time with Bastianini on top.

But Motegi could be a different story as the 'Beast' rides the track for the first time in MotoGP, and Bagnaia has only one outing in the premier class under his belt at the venue.

Quartararo, Bagnaia and Aleix Espargaro are now split by just 17 points, Marquez remains a somewhat unknown quantity, and we are heading onto home turf for Yamaha, Honda and Suzuki.

There is plenty at stake in the Motul Grand Prix of Japan, so make sure you do not miss it as we go racing at 3pm local time (11.30am IST) on Sunday. Indian audience can catch all the action live on Eurosport channel. Bring it on!