Bengaluru, September 23: As the MotoGP caravan moves to the Twing Ring in Motegi, Japan for the second round of the triple-header, Fabio Quartararo, Francesco Bagnaia and Aleix Espargaro are now split by just 17 points, while Marc Marquez remains a somewhat unknown quantity

On Sunday (September 25), we are heading onto home turf for Yamaha, Honda and Suzuki as there is plenty at stake in the Motul Grand Prix of Japan, which bigins at 3pm local time (11.30am IST).

The JapanGP threw up plenty of talking points, with two pre-event press conferences. 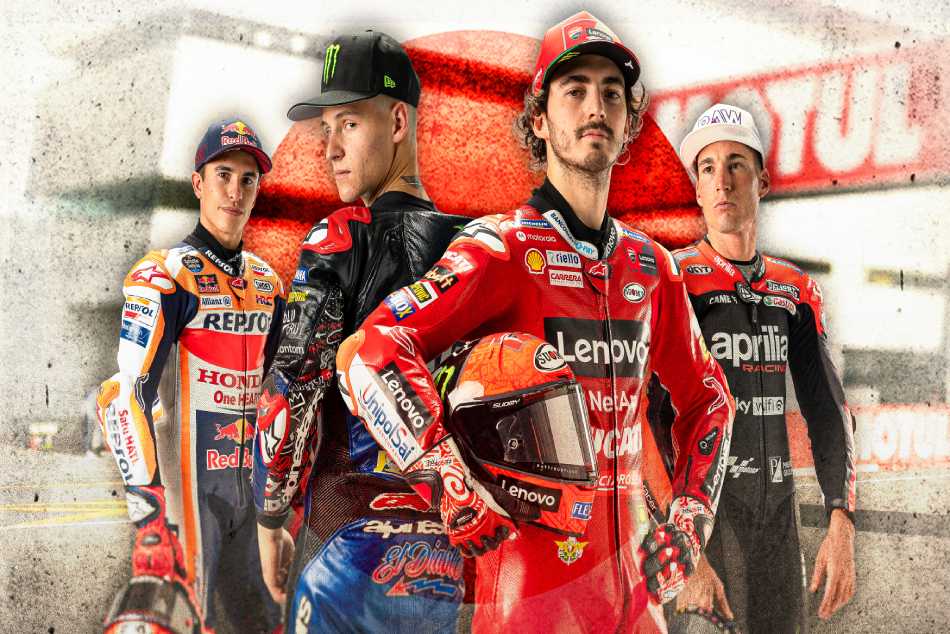 "At the end, what can you do? I think right now, with 17 points around all three, I'll not see it's the beginning of the championship and everyone is pushing like hell, but I think all three, including Enea, want the Championship. But especially, having only 17 points between us three means that we'll push ourselves to the maximum and in the end I think it's nice."

Ducati rider Bagnaia, who is just 10 points behind Quartararo said he is ready for Motegi.

"I'm happy to be here. It's one of my favorite and best tracks. It means the start of the flyaway and it's one of my favourite layouts. For sure the conditions and situation is completely different to 2019 when I was a rookie and I was struggling with my bike. So I think this year can be good, I really like the layout so it suits our bike very well. I really like braking so on the brakes we can be competitive."

Quartararo now has only ten points lead at the top of the table, but it was through no fault of his own and he will be more eager than ever to push to extend it again. He also arrives knowing that his last performance at Motegi, vs Marquez, was one of those that cemented his growing legend. So will that experience count?

With action beginning on Friday afternoon, he will be hoping it helps him hit the ground running - as will Yamaha as they race on home turf for the first time in a few seasons.