Bengaluru, April 17: Day 1 at the Portuguese MotoGP belonged to Francesco Bagnaia (Ducati Lenovo Team) as the Italian put together a pretty imperious performance to end the day fastest on the combined timesheets at the Algarve International Circuit.

From wet patches in FP1 to a fully dry FP2, Bagnaia was a force to be reckoned with most of the time he was on track, with red sectors aplenty.

The headlines were stolen a little, however, by the return of Marc Marquez and it was quite a return. 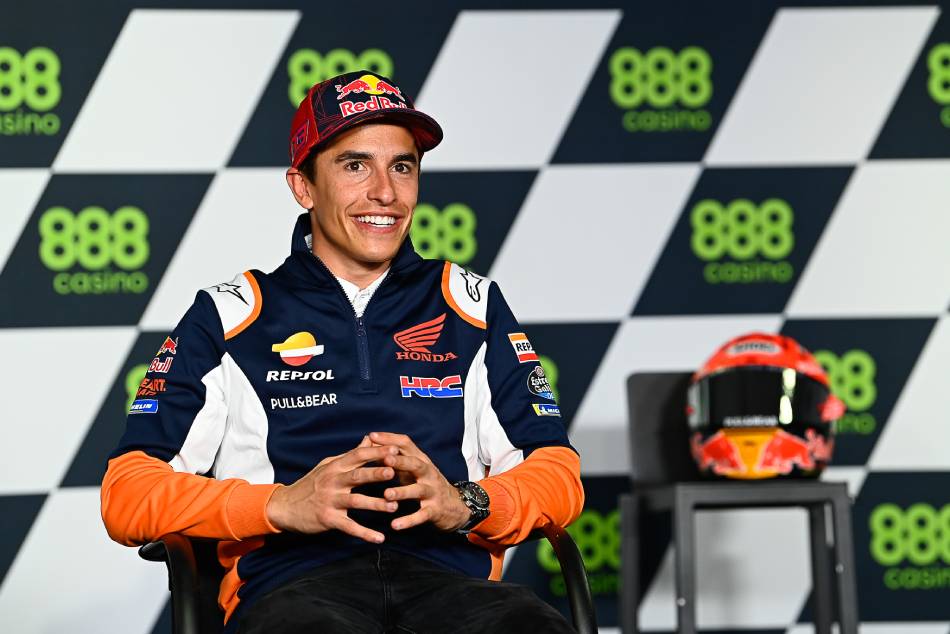 The Repsol Honda rider cemented an impressive P6 on the opening day, 271 days after his Spanish GP crash.

In FP1 Marquez was third overall and only lost out on the top spot after two very late lunges from Alex Rins (Team Suzuki Ecstar) and Maverick Vinales (Monster Energy Yamaha MotoGP), and by the end of the day the six-time MotoGP world champion was sixth. Happy, fast, and with a few questions remaining about his stamina as could be expected, but as exciting to watch as ever.

First time attack back in #MotoGP and it didn't disappoint! 🔥

No one could end up beating Bagnaia's lap though, the Ducati man holds a 0.340s advantage over Quartararo and Mir.

Rain put a halt to proceedings at the end of Moto3 FP2 but that soon cleared, with the premier class able to head straight out on Michelin slick tyres to get some important dry weather running under their belts.

Clouds remain overhead, but the forecast says there is no rain threat anymore.

So will the first European schedule FP3 be a classic all-out shoot out for Q2? Find out on Saturday from 9.55am local time (2.25pm IST), before qualifying from 2.10pm local time (6.40pm IST) to decide the grid for the Grande Premio 888 de Portugal.

Last year it was Miguel Oliveira on pole, but this year the grid is already within a second of that on Friday... will history repeat itself?

Indian audience can catch all the live action on Eurosport channel.