Valencia GP: Nothing to separate Fabio Quartararo and Francesco Bagnaia at The Decider

By Sajith B Warrier
Updated: Saturday, November 5, 2022, 10:46 [IST]
oi-Sajith B Warrier
There is virtually nothing to separate Fabio Quartararo and Francesco Bagnaia at Valencia (Images: Dorna Sports)

Fabio Quartararo (Monster Energy Yamaha MotoGP) secured P8 for the day, but that was just one position and 0.005sec ahead of the rider he is trying to overhaul in the Championship standings -- Francesco Bagnaia (Ducati Lenovo Team).

Quartararo must win to give himself a chance at the crown, and despite the position on the timesheets he sounded optimistic about the possibility given race pace. 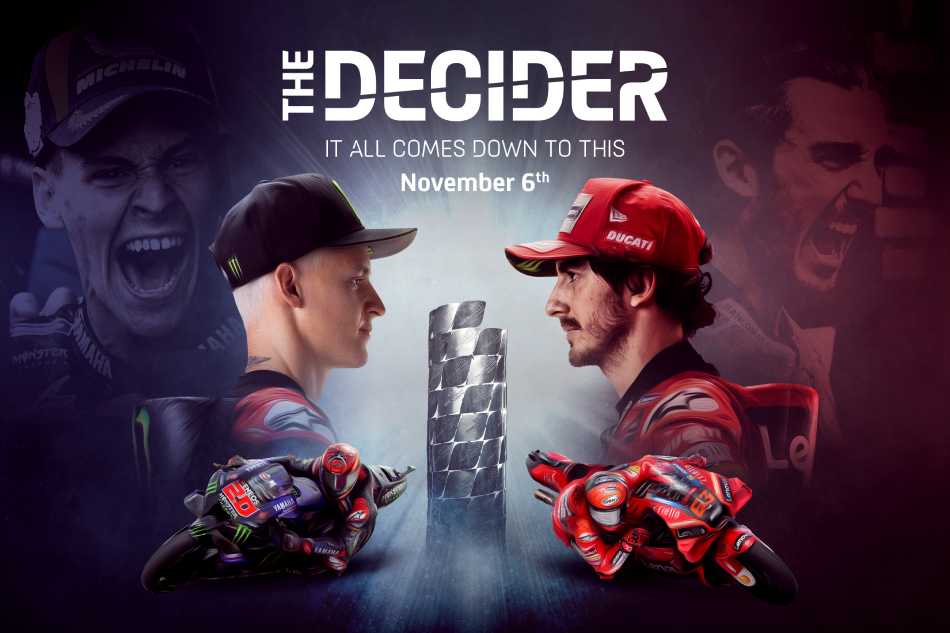 Valencia GP: It's Fabio Quartararo vs Francesco Bagnaia, Yamaha vs Ducati as stage is set for The Decider!

It was a Ducati lockout at the top though as Luca Marini (Mooney VR46 Racing Team) set the pace in FP2 with a 1:30.217, with Jorge Martin (Prima Pramac Racing) a tenth further back and Jack Miller (Ducati Lenovo Team) only a smidge in further arrears in third.

Quartararo was fastest in FP1 but it took only minutes into FP2 before Alex Rins (Team Suzuki Ecstar) bettered it with a 1:31.238 and then Quartararo himself moved the marker even further to a 1:31.149.

The opening 10 minutes of FP2 also saw a spate of crashes, first Franco Moribdelli (Monster Energy Yamaha MotoGP) at Turn 5 then Fabio Di Giannantonio (Gresini Racing MotoGP) at Turn 2, before Marc Marquez (Repsol Honda Team) went down at Turn 1 - his second tumble of the day after going down at Turn 2 in FP1.

Still, he remained the fastest at the beginning of the final runs, by which time Bagnaia had crept up to seventh despite a couple of detours into run-off areas, and Quartararo had emerged unscathed from a close call going past Darryn Binder (WithU Yamaha RNF MotoGPTM Team) at Turn 13 on the half-hour mark.

Down to the wire

One more free practice session remains before the first 10 Q2 riders are locked in, and neither of the MotoGP Championship contenders are safe yet.

Tune in for a crucial FP3 session on Saturday from 9.55 am local time (2.25pm IST), before qualifying for the Decider reveals one piece of the puzzle as the grid is set from 2.10pm local time (6.40pm IST). Indian audience can catch all the action live on Eurosport channel.