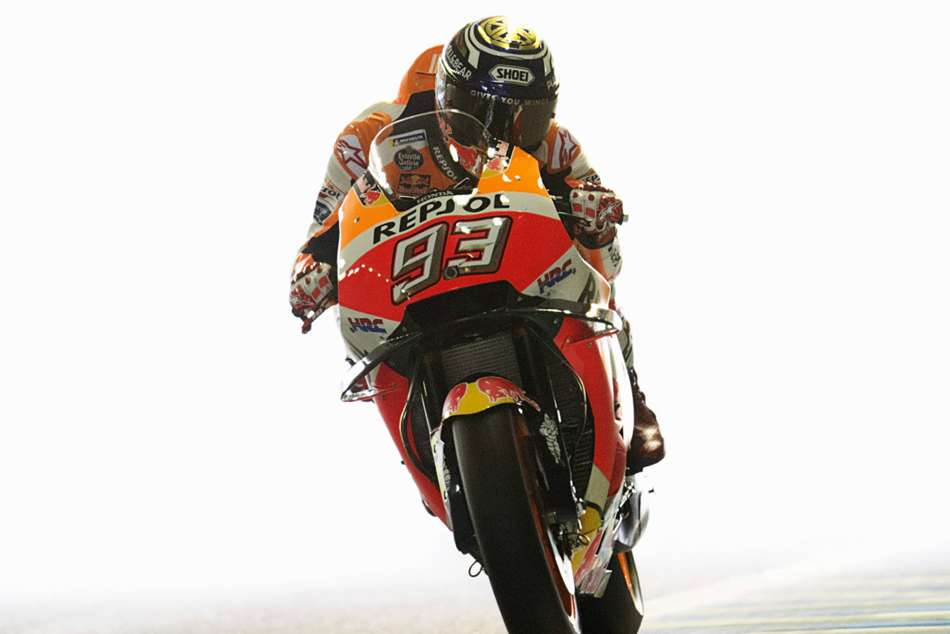 Three-time reigning world champion Marquez was forced to call it quits after the sixth lap following a heavy collision with Yamaha's Johann Zarco on Sunday (October 28).

Marquez had just exchanged fastest laps with Andrea Dovizioso before he found himself in trouble as Zarco lost control of his bike and was sent tumbling off the track at turn one.

The losing streak is over 💪@maverickmack25 takes Yamaha's first win since the 2017 #DutchGP 🏁#AustralianGP 🇦🇺 pic.twitter.com/JT0wwIXOgN

Spaniard Marquez somehow stayed on his bike but he slowed down and dropped to last place before retiring.

"I just I feel very lucky because I was really close to have a highside," Marquez said afterwards. "For me, I will not complain to Johann because it is a racing incident, at that speed at the end of the straight in slipstreams you feel a lot and maybe he take the drift from me, from Jack, and was so difficult to stop the bike.

"The most important thing is that both riders are okay. Luckily I already done the championship last week, looks like again, one more time in Phillip Island zero points, this time not my mistake but okay, happy that both of us are okay."

Marquez's exit opened the door for Vinales, who held off Suzuki's Andrea Iannone and Ducati rider Dovizioso to finally give Yamaha something to cheer about.