Both Cilic and Isner had lost their opening Group Guga Kuerten matches and it was the former who came out on top on Wednesday (November 14), despite losing a first-set tie-break. 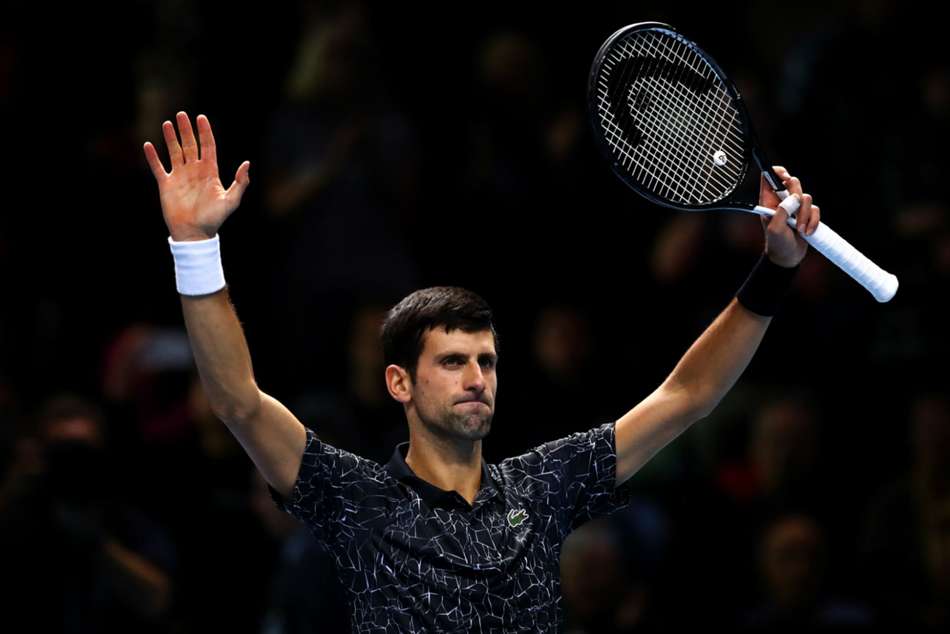 Djokovic, who had beaten Alexander Zverev earlier in the day

And it was the Croatian who would deliver that part of the equation as he followed up his first break late in the second set by winning the first two games on his opponent's serve at the start of the decider.

Opportunities to break were expected to be scarce for both men, yet Cilic had one in the very first game only for Isner to respond with back-to-back aces - two of eight he sent down across the opener - and the contest predictably went on with neither player dropping many points on serve.

That was until Isner had three opportunities to win the set on Cilic's serve when 5-4 up, with the Croatian able to stave those off thanks to some excellent work around the net, including an overhead smash and a serve-and-volley for winners.

Yet it was the world number 10 who would come out on top in the tie-break as he opened up a 5-1 lead and converted his first set point by tucking away a forehand winner after Cilic only just returned another booming Isner serve.

Cilic responded by holding to love in his first service game and a costly double fault from Isner when 30-40 and 3-4 down handed the Croatian his first break of the match.

He then swiftly wrapped up a set in which he had won 20 of his 24 service points to force a decider.

A wild third set then ensued with Isner once again broken after double faulting, an act that caused him to smash his racquet into the ground at the end of a nine-minute game.

Isner hit back by claiming his first break of the match but was unable to hold in the next game as Cilic swooped low for a volley at the net to go 2-1 up, and he would not give the American another sniff, converting his first match point when Isner pushed a return out.