Prajnesh must not fall in trap of playing safe: Zeeshan Ali

New Delhi, March 20: With age not on his side, Prajnesh Gunneswaran must avoid the trap of playing safe on the Challenger circuit to defend points and should go full throttle in search of wins at the biggest tournaments, India's Davis Cup coach Zeeshan Ali suggested on Wednesday. 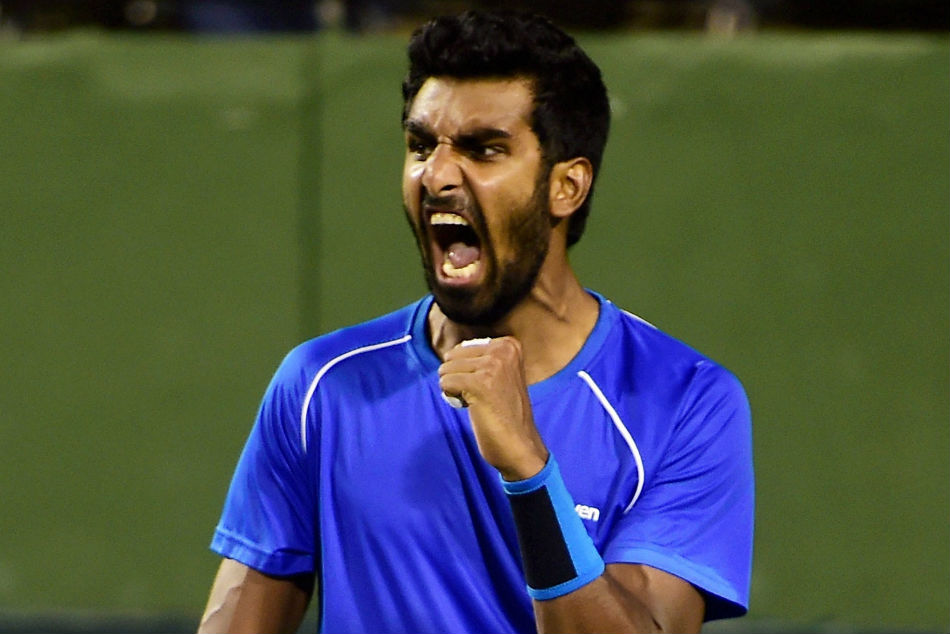 Playing the best tennis of his life, Prajnesh recently broke into the top-100 and also competed in his maiden ATP Masters series event at the Indian Wells, second only to Grand Slams. The 29-year-old recorded the biggest victory of his career by toppling world No.18 Nikoloz Basilashvili in the second round after coming through Qualifiers.

This week, he is trying to make the Miami Masters main draw and is one win away from sealing his spot. "Prajnesh, at this stage of his career, does not have the luxury of time and has to keep making bold and tough choices to get himself in a position where getting main draw entries in the big events are guaranteed," Zeeshan told PTI in an interaction.

"The only way to make large jumps in the rankings is to play and do well in the bigger events. A lot of players sometimes make the mistake of playing safe and protecting their ranking and points by playing smaller tournaments," he added.

After a very successful 2018, Prajnesh will defend a lot of points as the season progresses and therefore winning matches at big tournaments will help him, according to the captain. He was ranked 243 at the start of 2018 and is now at a career-best 84th -- all in a space of 15 months.

Prajnesh and Yuki Bhanbri broke into the scene at the same time but the Chennai player lost five crucial years of playing due to stress fractures in his knees. But after being motivated by his father S G Prabhakaran, Prajnesh tried and made a memorable comeback. He has managed to remain injury-free so far.

It all began with a win over Yibing Wu in the must-win fifth rubber in Davis Cup tie against China. He has only gotten better and has beaten top-30 players such as Denis Shapovalov and Benoit Paire. This year, in the first six tournaments of the season, Prajnesh has earned 154 points.

"Playing the qualifying round in Miami was a much better decision than playing a Challenger event where even if he won the event, Prajnesh would have only moved up a few spots on the ATP rankings. How he does this year will also impact his entry into the Olympics next year. Doing well in the next few weeks will also give him some cushioning for the rest of the year when points start to drop off from last year," Zeeshan said.