London, July 10: Top seed Novak Djokovic on Sunday (July 10) claimed his seventh Wimbledon title after defeating Australia's Nick Kyrgios by 2-6, 6-3, 6-4, 7-6(3) in a highly anticipated final here at Centre Court at the All England Lawn Tennis and Croquet Club in London. 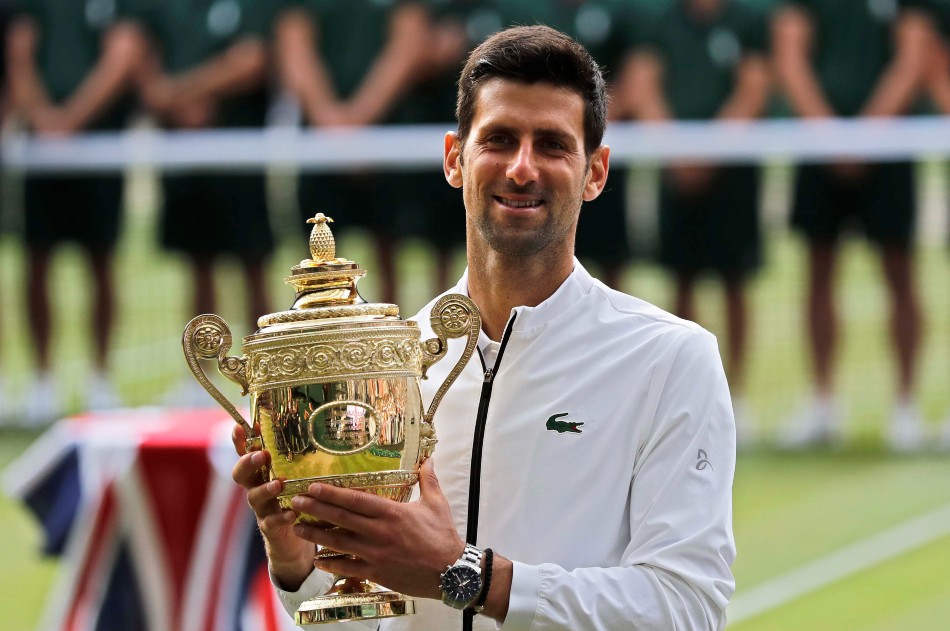 In a battle between the so-called 'bad boys' of tennis, Kyrgios started on a dominant note when he won the first set quite comfortably by 6-2. The Australian - who got a walk over to the finals after Rafael Nadal pulled out of the competition due to an abdominal tear ahead of the semi-finals - was looking in fine touch in the first game.

However, Djokovic - the six-time champion and three-time winner in a row, came back strongly to win back-to-back sets by a margin of 6-3, 6-4 and pushed Kyrgios on the backfoot.

The Aussie, however, came back strongly in the fourth set and took a lead of 6-5. But Djokovic - showed his class to equalise it to 6-6 and went on to win the tie-breaker 7-1.

Djokovic has now won 13 of his last 15 grand slam matches after losing the first set. The only exceptions in that run came in the 2021 US Open final defeat to Daniil Medvedev and in the French Open quarter-final loss to Nadal this year.

The top-seeded Djokovic ran his unbeaten run at the grass-court Grand Slam tournament to 28 matches and raised his career haul to 21 major trophies.

Among men, only Federer, with eight, has won more titles at Wimbledon than Djokovic. In the professional era, only Federer was older (by less than a year) than the 35-year-old Djokovic when winning at the All England Club.

The 40th-ranked Kyrgios was trying to become the first unseeded men's champion at Wimbledon since Goran Ivanisevic in 2001. Ivanisevic is now Djokovic's coach and was in the Centre Court guest box for the match.

Kyrgios is a 27-year-old from Australia who never had been past the quarterfinals in 29 previous Grand Slam appearances - and last made it even that far 7 1/2 years ago.

At 35 years and 49 days old, Djokovic became the second-oldest man to lift the Wimbledon title in the Open Era, and the Serbian's four consecutive successes at the All England Club only rank behind the five-win streaks of Bjorn Borg (1976-1980) and Federer (2003-2007).

Djokovic has also won 86 times at the London major, his best record in a single grand slam, with only Federer (105) winning more matches at Wimbledon.

Meanwhile, having lost the opening set in each of his past three matches, Djokovic became the first player in the Open Era to win the title at Wimbledon after dropping the first set in the quarter-final, semi-finals and final - and the first overall since Ted Schroeder in 1949.