New Delhi, Aug 5: Ravi Dahiya became the third Indian wrestler after Sushil Kumar and Yogeshwar Dutt to clinch a silver medal on the Olympic podium after he lost in the final bout against Russian Olympic Committee's Zavur Uguev in the 57 kg gold medal match on Thursday (August 5).

Ravi - who scripted a terrific comeback in the semi-final bout and stormed into the finals - was not in his element in the final and his opponent secured a 7-4 win in the gold medal won the match 7-4.

The wrestler from Sonipat's Nihari village, which has given a few Olympians in the past well, was cheered by a frantic crowd of young wrestlers at Chhatrasal Stadium in New Delhi. The common hall at the Chhatrasal Stadium - where Ravi trained and went on to become a force to reckon with in wrestling - was buzzing with the budding wrestlers and coaches and media persons gathered to watch him create history. 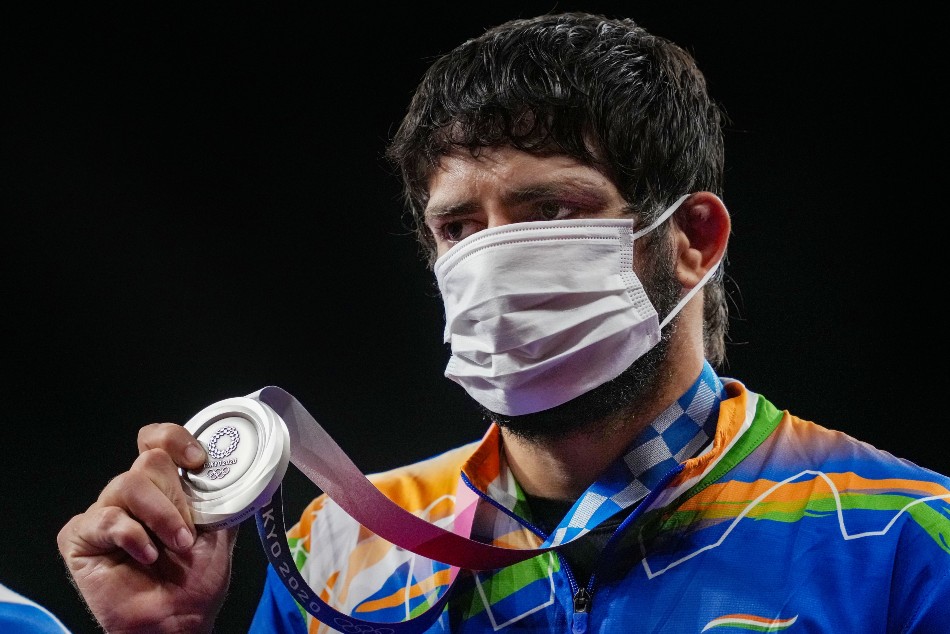 Tokyo 2020: Maybe I was good enough for silver only this time, will try for gold in Paris: Ravi Dahiya

The chants of 'Bharat Mata Ki Jai' and 'Go for Gold Ravi' were reverberating at the venue as the administration made elaborate arrangements to celebrate the success of one of their own. The excitement reached its crescendo as the TV screens showed the Indian wrestler made his entry towards the mat for the most important bout of his life.

The result didn't go as per the expectations of the Indians as Ravi couldn't outclass his opponent in the final and there was a pin drop silence as the supporters were prepared for the Indian to lose and it took them a little time to swallow the bitter pill of defeat in the final. However, after a little time, the atmosphere changed at the Chhatrasal Stadium and the celebrations of Ravi's silver medal at the flagship event began. 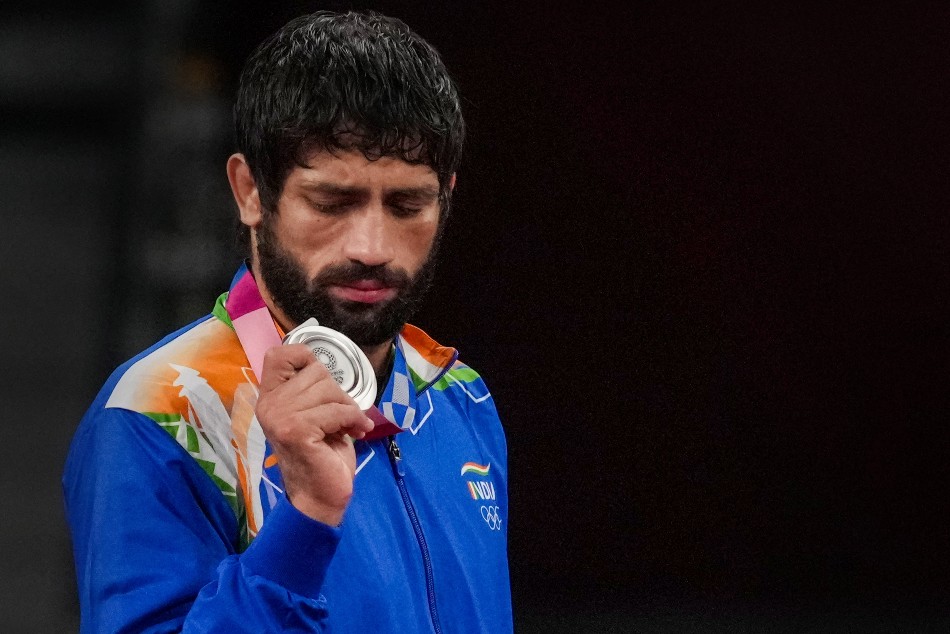 Tokyo 2020: Only Ravi Kumar Dahiya could have won from that 2-9 situation: Mahabali Satpal

The coaches, as well as the young wrestlers, at Chhatrasal Stadium, started distributing sweets greeting each other. Amidst media interactions, the celebratory dance to the beats of 'dhol' began and soon the gloom of a loss in the gold medal bout disappeared.

Ravi's silver also lifted the morale of all those working tirelessly inside the compound of Chhatrasal Stadium that has given several big stars like Mahabai Satpal, Sushil Kumar, Yogeshwar Dutt, Amit Dahiya, Bajrang Punia, etc. who have brought laurels for the country. 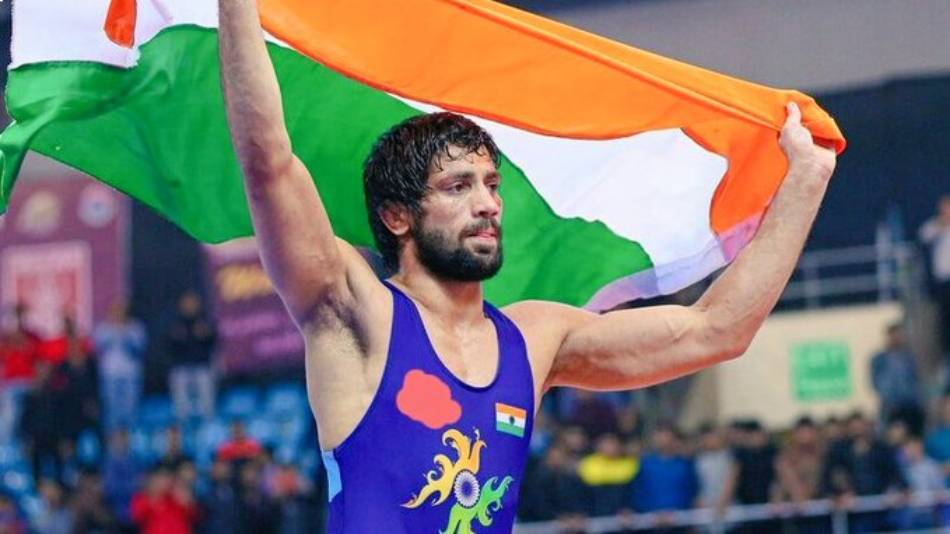 The iconic sports stadium was in the news for wrong reasons lately after one of India's most decorated wrestlers, Sushil Kumar, was arrested following a brawl at the stadium which resulted in the death of a young wrestler. Sushil - India's first two-time Olympic medal winner - is currently in judicial custody as the enquiry continues.

Sushil's arrest was a major fall from grace not just for Indian wrestling but also for Chhatrasal Stadium for the arena was at the centre of all the controversy. But Ravi's silver medal has certainly put the negative publicity behind and once again the country is talking about the rich haul of medals Chhatrasal has given.

While speaking with Mykhel, Ravi Dahiya's sparring partner and trainer at Chhatrasal Stadium, Arun Kumar, said: "This is the biggest wrestling stadium in entire Asia, we call it 'Mecca of Wrestling'. This stadium has given several iconic wrestlers to the country and Olympic medal winners. Of course, the developments in the recent past tarnished the reputation of this iconic stadium but Ravi's silver medal in Tokyo will certainly change things for good."

Jaiveer Dahiya - who works as a coach at the Chhatrasal Stadium - became emotional while speaking about the controversy and urged the government of India to hold a fair trial hailed the contribution of Sushil Kumar behind Ravi's medal.

"I would urge the government of India to hold a free trial for Sushil Kumar. He's played a vital role in preparing Ravi for the Olympics. Even during the Covid-19 imposed lockdown, Sushil Pehalwanji - a two-time Olympic medal winner - used to work tirelessly with Ravi and other young wrestlers and prepared them to compete at the biggest stage. The hard work and inspiration from Sushil Kumar and Satpal Maharaj have encouraged Ravi to secure silver in Tokyo."

Ravi Dahiya's medal at Tokyo has given a fresh lease of life to this arena, putting behind the gloom and despair to rest for the time being as the sport takes the centre stage once again.