New Delhi, Aug 24: Its raining rewards for PV Sindhu after she won India's first silver medal in Badminton at Rio Olympics 2016. The 21-year-old shuttler from Hyderabad has been honoured by several state governments and private organisations for her remarkable achievement. 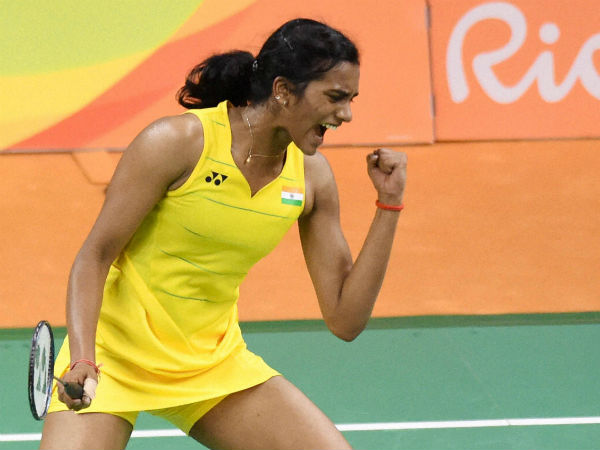 Who is PV Sindhu?

A total cash reward of Rs 13 crore has, so far, been announced for Sindhu who is only the second Olympic medallist, after wrestler Sakshi Malik, for India in the recently concluded Rio Games.

Sindhu became the first Indian badminton player to have played a final match at Olympic Games. The 21-year-old went down to World No. 1 Carolina Marin of Spain in the epic gold medal match and settled with a silver but not before giving the Spainiard a tough fight.

She has also been honoured with prestigious Khel Ratna Award, the highest sporting honour, by the Government of India following her medal feat at Rio.

Here is the full list of cash rewards and gifts announced for PV Sindhu:

6- Rs 50 lakh from Kerala businessman Mukkattu Sebastian, based in UAE.