In his stellar career spanning 15 years, Amla played 349 matches for the Proteas across all three formats.

The classy right-hander will still be available to play domestic cricket in his homeland, but his Cricket World Cup appearance against Sri Lanka in June will be his last for South Africa. 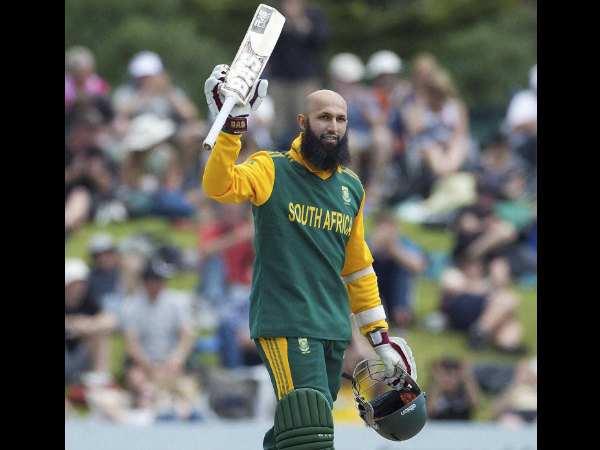 Amla has been one of the best batsmen of his generation, scoring in excess of 18,000 runs for his country - including 55 centuries and 88 scores of 50 or more.

He said in a statement released by Cricket South Africa: "Firstly, all glory and thanks to the Almighty for granting me this Proteas journey which has been nothing but a joy and privilege.

"I learnt many lessons during this incredible ride, made many friends and most importantly shared in the love of a brotherhood called #proteafire.

"I would like to thank my parents for their prayers, love and support, it is their shadow over me that enabled me to play for years under the Protea sun.

"Also, My family, friends and agent, my team-mates and every member of the support staff throughout this incredible journey. A heartfelt thank you to every one of you.

"The fans for energising me when times were tough, and for celebrating with me when we succeeded together. Siyabonga South Africa.

Fellow cricketers took to Twitter to congratulate the veteran cricketer on a glorious career and wished his luck for his future endeavours.

Unreal career @amlahash ! So many doubted u early on, but your fighting spirit, humility & incredible one of a kind talent took u to the top of the mountain and ultimately to one of the best players in the world and… https://t.co/LVxSIdeCoQ

.@amlahash what a career you've had champion! Monk like patience and a warrior like batting spirit. Class act🙌🏏#hashimamla

Congratulations on ur Great international career @amlahash 👍🏼👏🏼👏🏼👏🏼 , U r a Gem 💎, A Star ⭐️ & Wil be remember as Great Human always , Thanks for all the Entertainment , U r one of my Mentor in my career #Respect for U , Best wishes 🤲🏼 Stay Blessed

First, a painful one from Steyn. Then, a Kiwik heartbreak from Baz. And now, the only bitter news this Amla can ever give. This August, Cricket lost its august company. 💔😞

I see hash has decided to declare for good.mentally strong and great all round batsman. Congrats on a wonderful career # 👏👏 @amlahash

In less than a week, proteas lose two of their modern day greats. Amla & Steyn were an integral part of SA remaining unbeaten in overseas Test series from 2006-2015. Great Careers. It's going to be hard pill to swallow for the fans. Wishing them a Happy Retired Second Innings 🏏

Our former Sher and a world-class opener, Hashim Amla, calls it quits on international cricket. He was truly invincible at his peak and more than that, a humble human being. 👏

Wish you all the success, Mighty Hash! 🙌

The Mighty Hash retires. Brought class and dignity to cricket. And one of the best we could hope to see. The world speaks so well of you and looks up to you. Go well, champion @amlahash