Providence (Guyana), November 18: With the series already wrapped up, India women continued their domination over the West Indies women by notching up a five-run win in the rain-truncated fourth T20 International in Providence, Guyana.

India women now lead the five-match series 4-0 after sealing the series in the third game.

In the rain-marred fourth T20 International which was reduced to a nine-over-a-side affair, India women made 50 for the loss of seven wickets after being sent into bat. 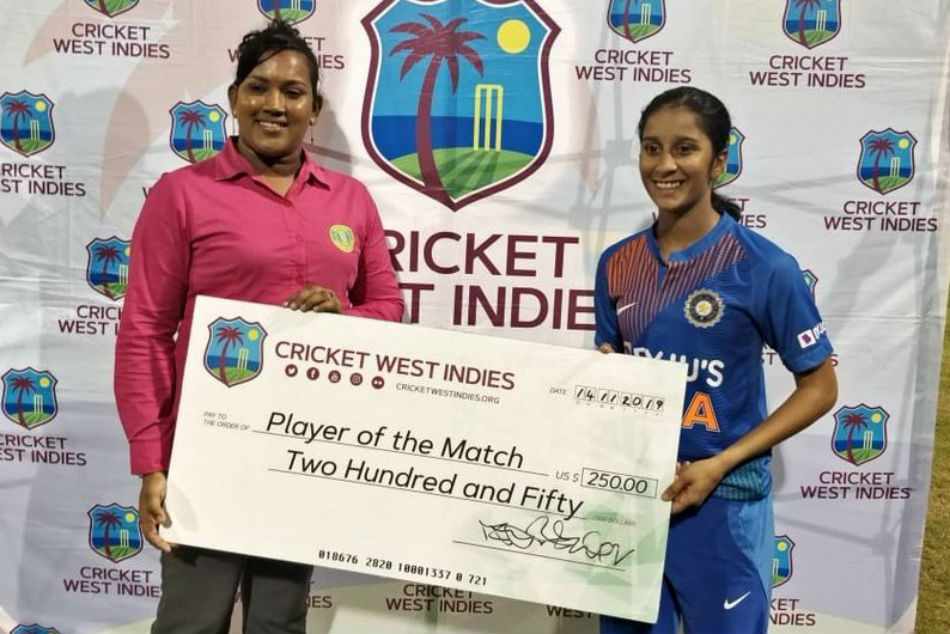 What a finish we have witnessed. West Indies Women needed 13 off the final over and Anuja Patil kept it really tight giving away just 7 runs. 👏#TeamIndia win by 5 runs & make it 4-0! pic.twitter.com/9Jg0Hfek2a

The Indians then bowled and fielded with discipline to restrict the West Indies women to 45 for five in their nine overs.

India skipper Harmanpreet Kaur completely relied on her spinners and they did not disappoint her as off-spinner Anuja Patil (2/8), Deepti Sharma (1/8) and Radha Yadav (1/8) kept the Windies on a tight leash throughout to ensure the win.

The fifth and final T20 of the series will be played in Guyana on Thursday (November 21).

India women had defeated West Indies women 2-1 in the three-match ODI series that preceded the T20s.