New Delhi, May 30: His team may not have managed to win the maiden trophy, but India's run machine Virat Kohli has had a dream run in the recently concluded Indian Premier League (IPL). 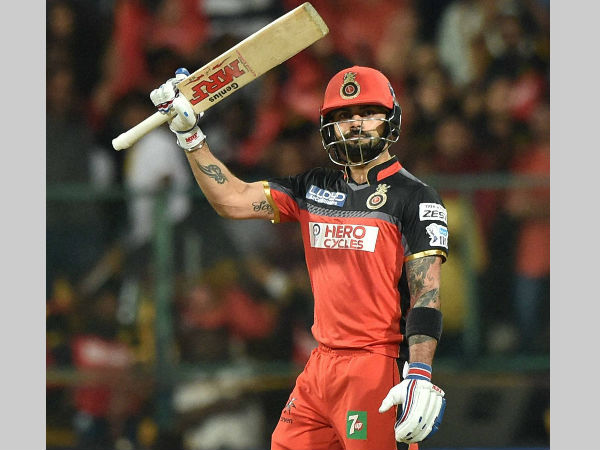 With his exceptional power hittings and passion towards game, the Royal Challengers Bangalore (RCB) opener and skipper entertained billions of cricket fans along with shattering and setting several new records in Twenty20 history. (Virat Kohli fails to breach 1000-run barrier)


The prolific right-handed batter played some exquisite innings in the ninth edition of tournament and created some incredible records as well. (Full list of award winners)

Known for his immaculate timing and technique, the Delhi batsman smashed four centuries this season and ended the tournament as the Orange Cap winner for amassing maximum runs in the cash-rich league.

Here are the records created/shattered by Virat Kohli during IPL 9:

1. Maximum runs in a single IPL season: Virat Kohli ended the season with incredible 973 runs under his belt which is a record. He fell short of just 27 runs to breach 1000-run barrier.

6. Most runs in an over: Virat Kohli smashed 30 runs off Gujarat Lions' Shivil Kaushik's 1 over.

8. Highest average in IPL 9: Kohli averaged a whopping 81.08 in the tournament.