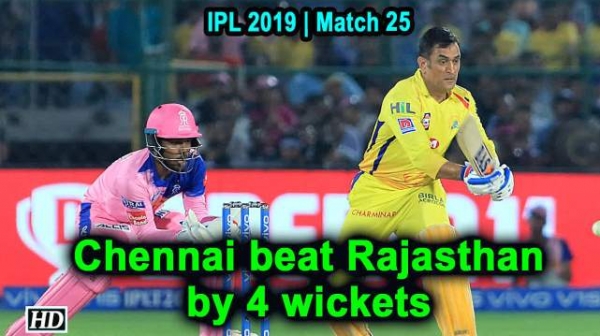 Jaipur, Apri 12: Mitchell Santner whacked a mammoth six off the last ball in a final over of the highest drama as Chennai Super Kings won a barnstorming Indian Premier League (IPL) 2019 contest against Rajasthan Royals by four wickets.

But a brilliant running catch from Shreyas Gopal ended Rayudu's knock off Ben Stokes' bowling to stem the momentum and Chennai were left needing 18 off the final six.

A dramatic final over saw Dhoni bowled by a Stokes yorker, but the captain was soon back on the field to vent his anger that a high one delivered to Santner was not called as a no ball.

However, Dhoni - who becomes the first captain to chalk up 100 IPL wins - saw his frown turn upside down when Santner launched Stokes for six over long on to extend the Super Kings' lead at the top of the table and leave the Royals with a single win to their name.

Wow ! What a game, what a tournament this IPL has been. Yesterday Polly Kaka for Mumbai , today Santner and Dhoni , shaandaar . #RRvCSK

Bar a swift 23 off 10 balls from Jos Buttler, few from the top-to-middle order impressed for the Royals.

Ravindra Jadeja kept the Royals' run-rate in check and the second of his wickets, which saw Steve Smith slog-sweep to Rayudu at midwicket, saw him rack up a 100th IPL scalp. 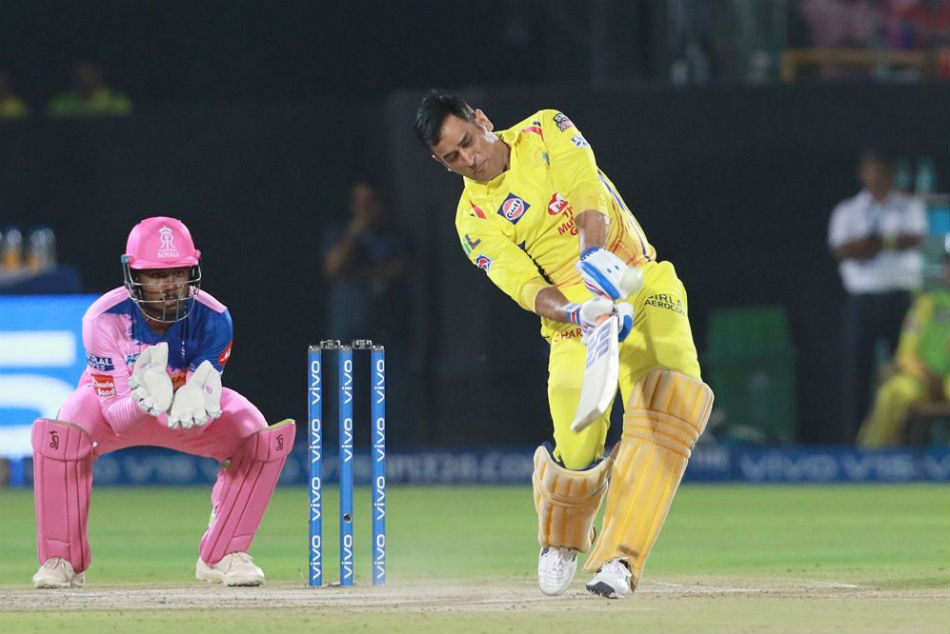 What a tournament this IPL is .... unbelievable matches ... yesterday mumbai and now CSK ..only better competition is the World Cup

A top-order collapse saw Shane Watson (0), Suresh Raina (4), Faf Du Plessis (7) and Kedar Jadhav (1) depart – the latter via an astonishing Stokes catch plucked to his left at backwards point – to leave the Super Kings reeling on 24-4.

But Rayudu smacked three sixes and two fours off just 47 balls, with Dhoni racking up the same boundaries off 43 to turn the tide.

Brilliant belief from @ChennaiIPL. and players all playing for each other from 24-4 in the Power Play. this team never gives up 👏👏👏👏 Congratulations to all #RRvCSK #IPL2019

Rayudu's wicket completely altered the match and it looked as though the Royals would take the win before a final over for the IPL ages.

It started with Jadeja falling over as he smacked smack a six straight back over Stokes' head, before Dhoni's dismissal looked like the final nail in the visitors' coffin.

An angry confrontation for the revoked no ball further worsened Dhoni's mood until Santner's last-gasp slog sealed a memorable win.