New Delhi, April 28: After accusing him of having extra-marital affairs, match-fixing, sexual harassment and attempt to murder her, India cricketer Mohammed Shami's estranged wife Hasin Jahan has come up with fresh allegations.

Jahan has now alleged that Shami had made a fake birth certificate and fooled the BCCI to get to play in the state and national-level cricket. 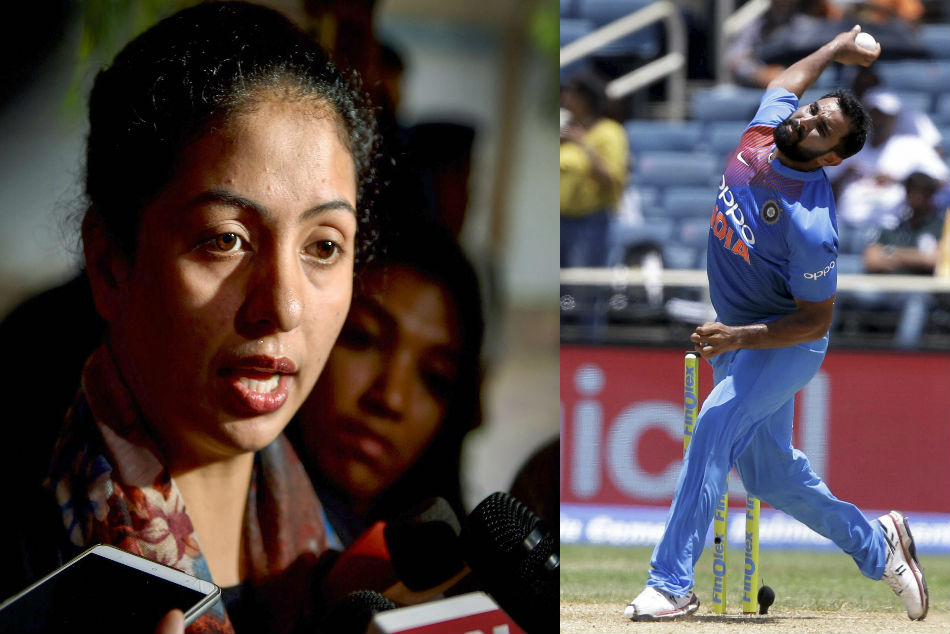 'Shami threatened to see me in court, refused to meet me'

Jahan took to her Facebook account on Saturday, in which she posted an image of driving license which she claimed belonged to the Bengal cricketer. The document carries the UP-born cricketer's photograph attached to it. As per existing official records, Shami was born in 1990 but the image showed the cricketer's birth year as 1982.

The Facebook post was, however, was deleted. But Jahan made some sensational allegations in her post as she claimed that BCCI and Cricket Association of Bengal (CAB) were fooled by the cricketer.

Here is a translation of Jahan's deleted post which was written in Hindi.

"See friends, the real birth year of Shami Ahmed. He made a fake birth certificate and has fooled everyone by showing his birth year as 1990. He fooled BCCI, CAB and also public by making a fake birth certificate that allowed him to play Under-22 cricket. Imagine the injustice done to a genuine 22-year-old cricketer who was denied a place in the under-22 team because of Shami," Jahan wrote.

Shami was booked under various bailable and non-bailable offences, including an attempt to murder, in Kolkata after Jahan's complaint. She even alleged that the cricketer's family had tried to kill her.

The cricketer, however, received a major booster after BCCI's Anti-Corruption Unit (ACU) cleared him of match-fixing charges made against him.

However, it is being learnt that the cricketer admitted in front of the ACU that he had relationships outside his marriage and went to meet his girlfriend Alishba, from Pakistan, in Dubai while returning from South Africa tour. Jahan has alleged that the Shami has had affairs with several other girls as well.