New Delhi, July 18: England quick Reece Topley joined the pantheon of talented left-arm seamers who have troubled Indian batters with their skill and craft. Topley tormented the Indian batters in the second and third ODI in the just-concluded series against Jos Buttler-led side.

Team India managed to win the series 2-1, all thanks to Rishabh Pant's maiden ODI century and Hardik Pandya's all-round show at Old Trafford in Manchester. It was Pant and Pandya's gritty 133-run stand for the fifth wicket which not only steered the visitors through troubled waters but also ensured Team India won an ODI series on English soil after eight years.

While Pant and Pandya bagged the limelight with their sensible batting effort and the patience the duo showed in front of a quality pace attack. But Indian batters' struggles against left-arm pacers were exposed yet again in successive ODIs. 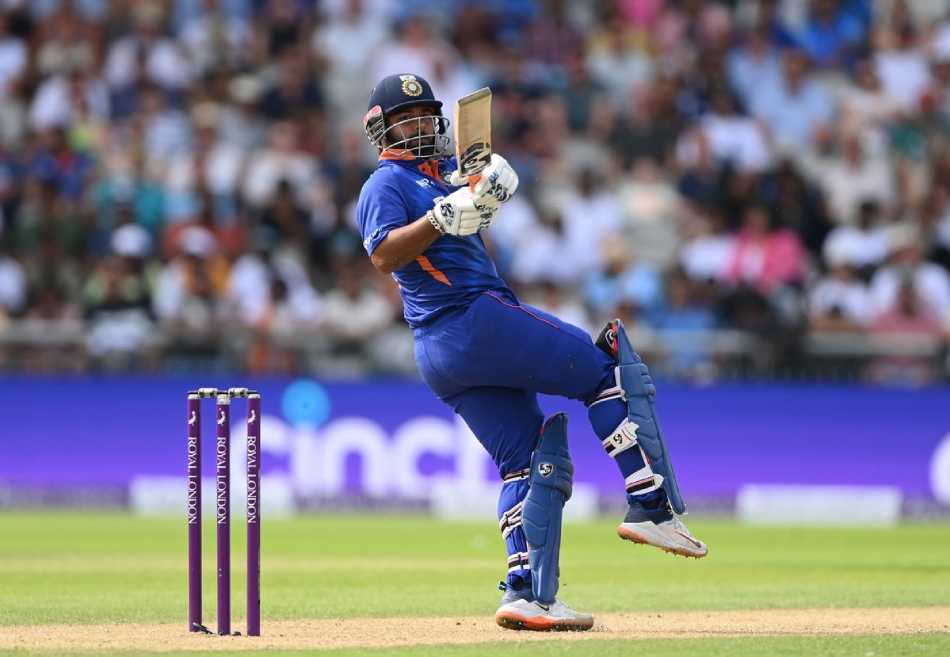 Topley - who picked up a career-best six-for in the second ODI and helped the hosts bundle out the much-vaunted Indian batting order for a paltry 146 - gave early blows to the Men In Blue in the deciding third game. The tall left-arm pacer dismissed Rohit Sharma, Shikhar Dhawan, and Virat Kohli inside the first powerplay and left the tourists reeling in a tricky run chase.

India have a problem: Nasser Hussain

Former England captain Nasser Hussain - who was in the Sky Sports' commentary box during the third ODI highlighted Indian batters' perineal problem against quality left-arm pace and also cited the examples of Pakistan pacers Mohammed Amir and Shaheen Shah Afridi. Amir - demolished India's top-order in the final of Champions Trophy 2017 - while Afridi ran through the Indian batting line-up in the T20 World Cup 2021 in the UAE.

"I have a feeling India have a problem against left-armers in all formats. I think of Shaheen Shah Afridi in the T20 World Cup and Mohammad Amir in the Champions Trophy final in 2017 and Reece Topley in this series," Hussain remarked during the 3rd ODI.

Not just Topley, Amir, or Afridi, there have been several left-arm pacers in the past who have exploited this weakness of the Indian batters. In not so distant past, Team India was tormented by young South Africa pacer Marco Jansen and English all-rounder Sam Curran in the red-ball formats, and India's dream of creating history on foreign soil was tarnished.

In the 2000s, tall Australia left-arm seamer Nathan Brakken had troubled the Indian batters in the ODIs.

Rohit averages a healthy 48.72 against southpaws in the ODIs but the Indian captain has been dismissed 28 times in 113 innings.

Kohli averages 45.93 against left-armers in the ODIs but the batting maestro became their victim on 30 occasions in 108 innings.

Dhawan has also had his fair share of struggles against southpaws and has been dismissed on 26 occasions in 72 innings. He averages 37.50 against left-arm quicks.

Virender Sehwag - who was often trapped by southpaws in the ODIs - was dismissed by left-arm quicks on 33 occasions and averaged 31.48.

Batting great Sachin Tendulkar became a victim of the left-arm seamers on 23 occasions and averaged 47.21.

India's current head coach Rahul Dravid has been dismissed nine times by southpaws and averaged 44.22 in 55 innings. Being the coach Dravid - who is often hailed as one of the most technically sound batters of his era - can now look to address this age-old problem of the Indian batters.

Many right-handed batsmen in world cricket (both past and present) have had discomfort against left-arm pacers and Indians are no exception. But with the brand of cricket and the upward curve that Team India has maintained leaves one wondering about their toils.

The left-arm pacers trouble Indian batters, especially in the swinging conditions, because of the angle they make when they come over the wicket. The angle at which they bowl is very difficult to play for right-handed batsmen. And if the bowlers have that extra pace and bounce, they turn out to be India's nemesis like Mitchell Starc, Mohammad Aamir, and Trent Boult.

The Men In Blue will have to work hard on this front and inculcate the habit of how well to counter left-arm pacers to the younger generation. Team India has already paid a heavy price - on numerous occasions - by losing crucial matches, series, and trophies for the opposition has exploited this chink in their armour.