Sydney, November 5: Australian international cricketer Usman Khawaja's older brother was jailed on Thursday (November 5) after being sentenced for his actions in framing a colleague using a fake terror plot.

Arsalan Tariq Khawaja admitted forging entries in the notebook of his University of New South Wales co-worker Kamer Nizamdeen in August 2018 after being jealous of Nizambeen's contact with a mutual female friend.

Nizamdeen was arrested, locked up in a maximum-security jail for four weeks and incorrectly labeled a terrorist in the media before police discovered he had been set up.

Khawaja also admitted phoning authorities in 2017 about a love rival, another man of whom he was jealous, and made visa and terrorism accusations including that the man had trained overseas. 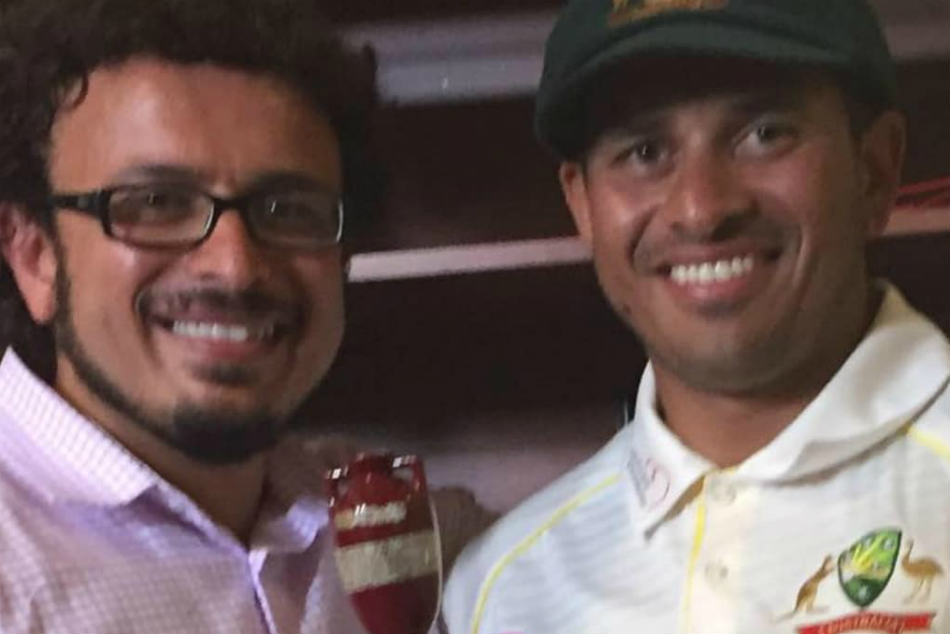 The term was backdated to when he first went into custody, meaning he will be eligible for release on parole next June. Khawaja made entries on at least 22 pages of a notebook and handed it to university staff.

The notebook contained death threats against then Prime Minister Malcolm Turnbull and the governor-general, as well as lists to attack police stations, the Boxing Day cricket test match in Melbourne and landmarks.

Judge Weber said Khawaja's "unforgivable" actions had dire consequences for Nizamdeen, whose victim impact statement revealed the trauma and emotional harm suffered by him. He has returned to Sri Lanka, but is now unable to visit his fiancee in the United States after his visa was canceled as a result of the incident.

Khawaja pleaded guilty to perverting the course of justice and dishonestly influencing a public official and admitted forging a document and inducing a witness to give false testimony.

Usman Khawaja, a top-order batsman who has played 44 tests and 40 one-day internationals for Australia, previously testified of looking up to his older brother, who had been popular, did well at school and university and who had obtained clearance to do government work.

"Up until this period of his life, he had been an ideal citizen . . . a model citizen, up until recently," Usman Khawaja said.