Pune, May 24: Shafali Verma and Laura Woolvardt slammed sublime half-centuries as Velocity registered a convincing 7-wicket win over Supernovas in the second match of the Women's T20 Challenge on Tuesday (May 24).

Chasing 151 - the highest-ever total in the history of the tournament - Velocity reached home in 18.2 overs and handed Supernovas a big loss. Supernovas now have one win and a loss in the tournament. 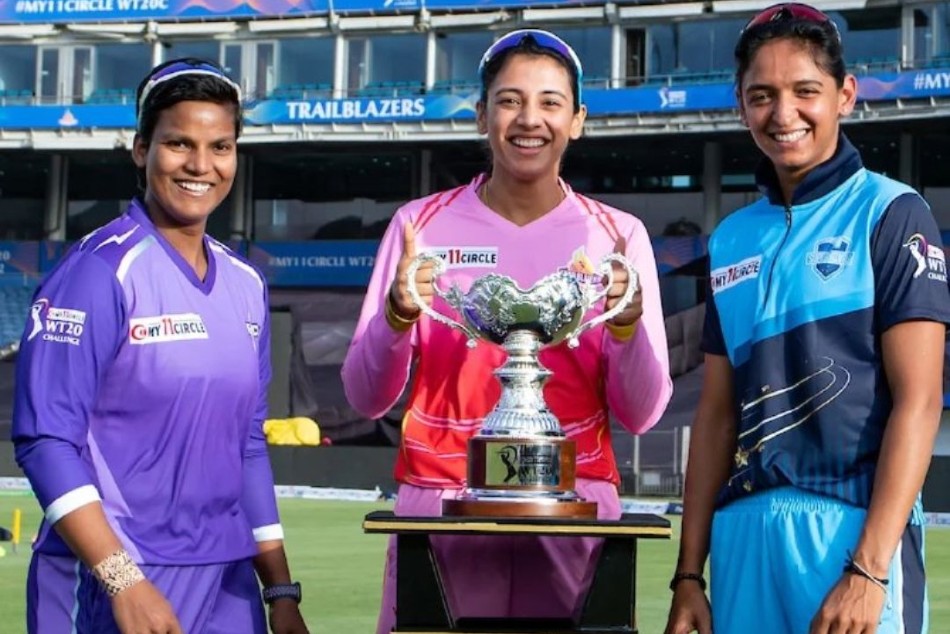 Shafali opened the innings for Velocity and lost her partner Natthakan Chantham (1) early when the latter was removed by Pooja Vastrakar (1/27). But the Haryana girl was unfazed and slammed a quickfire 51 off 33 balls before a sensational diving catch from Harmanpreet Kaur at short-third-man ended her knock.

Velocity lost two wickets in quick succession but Woolvardt showed her experience and the South African cricketer along with captain Deepti Sharma took their team home. Woolvardt scored 51* off 35 while Deepti remained unbeaten on 24 off 25 balls.

Earlier in the day, Supernovas' captain Harmanpreet smashed a blistering 51-ball 71 to help her team post 150 for five at the Maharashtra Cricket Association (MCA) Stadium in Pune.

The Velocity opted to bowl after winning the toss and their bowlers appeared to have done a decent job before Harmanpreet's onslaught. India's T20 captain Harmanpreet smashed seven fours and three sixes during her scintillating knock that left the Velocity bowers bruised and battered.

Taniya Bhatia chipped in with a useful knock of 36 off 32 balls. Bhatia, who is now a part of the Indian women's senior team, struck three boundaries during her stay in the middle.

The duo of Harmanpreet and Bhatia added invaluable 82 runs for the fourth wicket after their team was reeling at 18 for three in the fourth over.

Down the order, South Africa's Sune Luss contributed an unbeaten 20 in 14 balls, hitting three fours in her breezy knock.

Among the Velocity bowlers, senior England seamer Kate Cross was the most successful with impressive figures of 2/24 in her quota of four overs. Captain Deepti Sharma and Radha Yadav picked up a wicket apiece, the latter accounting for the important scalp of Harmanpreet.

However, Supernovas still managed to score a decent total in the end and Velocity will have to bat extremely well to reach the target at the Maharashtra Cricket Association Stadium.