Iniesta to make decision on his future public 'this week'

Madrid, April 22: Andres Iniesta has confirmed he plans to make an announcement on his future "this week" as he reportedly closes in on a move to the Chinese Super League from Barcelona.

Iniesta has enjoyed an immense career at Barca, winning everything possible after coming through the club's ranks having joined from Albacete as a youngster.

Speculation about his future has been rife in recent weeks, with reports claiming China's Chongqing Lifan already have an agreement with Iniesta. 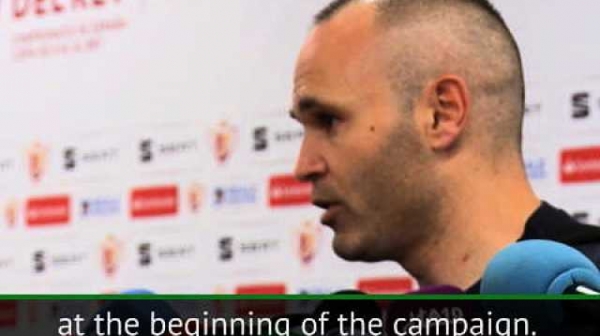 He was then given a brilliant ovation towards the end of Saturday's 5-0 Copa del Rey final win over Sevilla, before looking noticeably emotional on the bench afterwards.

Although reports of an announcement straight after the Copa final have proven wide of the mark, Iniesta has promised a definitive update in the coming week.

"This week I will make the decision public," Iniesta is quoted as saying by Mundo Deportivo.

"There are many emotions, many feelings, many years – I'm happy to be able to give this image and the title. Today the people deserved this.

"I am happy personally and at a collective level. There are very strong emotions, the affection and respect that people have for me is something that I am very much grateful for. As I said, I will try to add this cup to the league.

"This week I will speak about the decision I make, as a person and as an athlete. The affection the people have shown me is priceless."