Prior to Rodgers' arrival at the club towards the end of February, Vardy had endured an inconsistent season, with Claude Puel's tactics doing little to help. 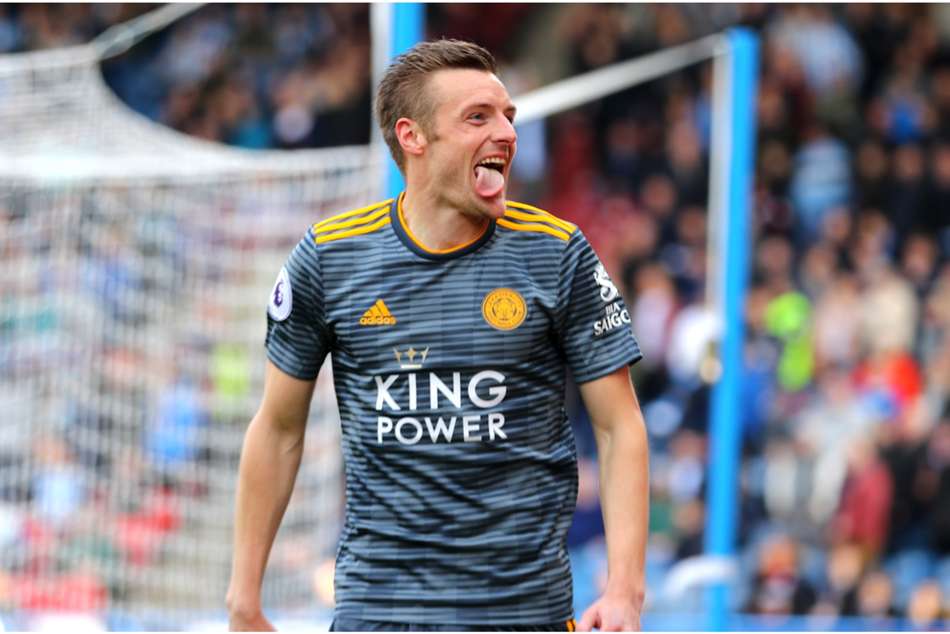 after scoring a twice on Saturday (April 6)

His second against the Terriers moved him up to sixth in the club's all-time scoring chart with 104, above former City, England, Tottenham and Barcelona star Lineker.

And Rodgers paid tribute to Vardy for that feat, praising his attitude and desire.

"Gary was obviously a top-class striker for many years, but it's been a real joy to work with Jamie, I think from the first evening I met him when I joined," Rodgers told reporters.

With 46 per cent of the vote, @Vardy7 is your #HudLei Man of the Match! 🏅 pic.twitter.com/7knq0rOCxx

"He's very hungry to improve and get better, and obviously the style of the team and the impression of the team always helps him.

"You're pressing the game hard when you haven't got it [the ball] and you're creating opportunities.

"He's one of the best in this league, he's already proven that, but he's shown the hunger to continue with that."

Already-relegated Huddersfield were no match for Leicester and manager Jan Siewert accepted the difference between his team and those remaining in the top-flight is a lack of decisiveness in front of goal.

"First of all, I have to say the credit from our side to Leicester, as they were much more clinical than we were," he told Town's official website.

"We tried everything, and this is exactly the quality in the Premier League I would say.

"In the situation where they have a 50/50 chance, they score, we need too many possibilities to score then."