London, May 28: Chelsea and Arsenal conclude their packed 2018-19 seasons on Wednesday as they face off for Europa League glory in Azerbaijan.

Ignoring for now the problems associated with staging the final in Baku, neither side can be said to have had a trouble-free time of things over the past 10 months or so.

Maurizio Sarri and Unai Emery have, in some respects, enjoyed success in their first seasons in charge, but each man is facing concerns that will be magnified should they end up on the losing side this week. 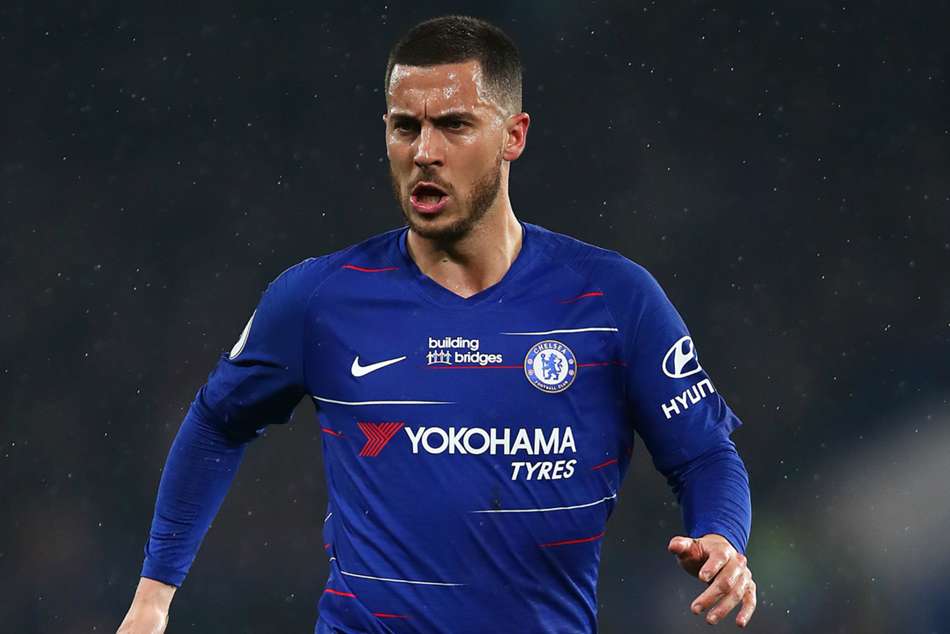 Hazard ready to bow out with win

Ahead of the final, two of Omnisport's writers take a look at where the positives lie for Sarri and Emery - and where there is plenty of work to be done.

Well, firstly - and most pertinently - results.

Okay, thoughts of challenging Manchester City and Liverpool for the title were short-lived, but Sarri has achieved his prime directives for his first season in charge: he has got Chelsea back into the Champions League by virtue of a third-place league finish, and he's given them a shot at silverware - twice - by reaching the EFL Cup and Europa League finals. After the fractious end to Antonio Conte's time, he deserves huge credit for balancing so many competitions so well.

Given the growing frustration with Arsene Wenger before his departure, it was always going to be intriguing how fans warmed to Emery. Generally speaking, the Spaniard has been well-received. His tactics have allowed Pierre-Emerick Aubameyang and Alexandre Lacazette to continue to thrive in a partnership, while new signings Lucas Torreira and Matteo Guendouzi certainly proved their worth and potential. Reaching the Europa League final also represents an achievement.

The big games have been a big problem. Chelsea competed well against City in the EFL Cup final and were unfortunate to lose on penalties, but that came after a 6-0 league defeat at the Etihad Stadium that had fans calling for Sarri's immediate sacking. They also lost away games against Tottenham, Arsenal and Liverpool, and were humiliated at Bournemouth. In fact, that loss to Eddie Howe's side sums up another problem: tactical inflexibility. The reliance on Jorginho to make the entire team tick (and shifting N'Golo Kante's position to accommodate him) has been ruthlessly exposed when the Italy midfielder has been man-marked, and signing Gonzalo Higuain to help matters by increasing their goal threat has yielded little success. Too often, Eden Hazard's inspiration has been all that has seen them through.

Arsenal spent much of the season flitting between fourth and fifth in the Premier League, and in April they looked on track for a Champions League place. However, three defeats in their final five games saw them miss out, putting even greater onus on Wednesday's game. Defensively the Gunners have been particularly poor, with Emery's faith in Shkodran Mustafi despite several high-profile errors looking especially mystifying. They've also struggled creatively, with Mesut Ozil and Henrikh Mkhitaryan falling short of expectations for much of the campaign.

What do they need to address?

Chelsea could do with another defender, more quality at full-back and certainly an elite centre-forward. The trouble is, if they cannot overturn their transfer ban - or at least have it halted for the time being - with their appeal to CAS, they will not be able to sign any of those. Christian Pulisic is a positive addition for the future but he is unlikely to compensate for Hazard if the Belgium star leaves for Real Madrid. Sarri may well need to show greater trust in youth, especially for any recalled from loans: not only will this bolster the squad without the need for signings, but it will help to reduce some of the hostility festering among the fans. His reluctance to use Callum Hudson-Odoi this season suggests he is unlikely to do so, though.

Shoring things up at the back and eking more creativity from the midfield will be priorities in pre-season. Arsenal have been predictable and lacking in imagination far too often this term. Granted, the majority of the squad is exactly the same as the one Emery inherited, so there is only so much he could have done. But over the coming months it will be important to shift as much of the deadwood as possible, while putting pressure on under-performing or inconsistent players, such as Ozil, Mkhitaryan, Granit Xhaka, Alex Iwobi and Mustafi.