Nothing to prove - Cahill bullish after Chelsea revival

London, April 24: Chelsea captain Gary Cahill does not feel he has to prove himself to club or country after returning to Antonio Conte's starting XI.

The England defender was a mainstay in Chelsea's 2016-17 Premier League title triumph but has struggled for his best form this time around – somewhat encapsulating the Blues' limp defence of a crown that now lies in Manchester City's possession.

Cahill, 32, looked on as an unused substitute for matches against City, Manchester United, Tottenham and Barcelona over recent months but turned in an assured display at the heart of Conte's back three in Sunday's comfortable 2-0 FA Cup semi-final win against Southampton at Wembley.

He has now started all four Chelsea matches since defeat to Spurs at the start of the month – their first game back from the March international break when Cahill was omitted from Gareth Southgate's England squad in favour of the then-uncapped duo James Tarkowski and Alfie Mawson.

"I've been there before," said the centre-back before making a bullish defence of his credentials.

"I've been fortunate to have played the majority of the time I've been at this club. I've enjoyed success and I feel like I've been a big part of success – not just involved in winning trophies but involved heavily.

"So I feel I can contribute when I'm out there. But it's the manager's decision."

The prospect of England or Chelsea lining up without Cahill seemed unthinkable when he hoisted the Premier League trophy alongside John Terry 11 months ago.

Nevertheless, he is accepting of a relative fall from grace since the turn of the year and aiming to hit top form as Conte's men try to apply pressure on Liverpool and Tottenham above them in the final two top-four berths.

"Form, if you ride it out, means you come back to the level you should be at. I thought I played well against Southampton, did well against Burnley [Chelsea won 2-1 at Turf Moor last Thursday].

"I realise that's the situation for everybody, I realise the manager has decisions to make and I realise maybe I'm not getting any younger – far from it. But I'm fit and ready to go.

"I don't have to be going out with nerves, feeling that I have to prove things to everybody. I think I've done that before if you look over my career – playing in the Champions League, playing in the Premier League and playing for England.

"If I'm happy with the way I'm playing that's good enough for me because I know I'm at the level I should be. I'm my worst critic when I'm playing." 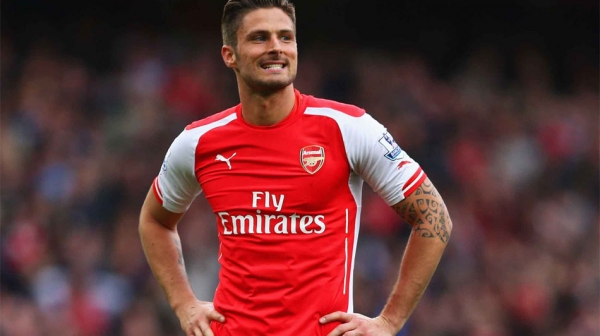 Cahill and Kante impressed with Chelsea strikeforce of Giroud and Morata

While qualifying for the Champions League is likely to prove out of reach for Chelsea, Cahill has another major honour and a second trip to a World Cup with England firmly in his sights.

"This is what playing football is all about – trying to reach finals and trying to lift trophies. We have the opportunity to do that now," he added.

"Let's see what happens at the end of the season. We're into the final now, the World Cup's coming. Let's wait and see."