Chennai, February 20: ATK Mohun Bagan came out on top over arch-rivals SC East Bengal in the 100th year anniversary of Kolkata Derby as they managed a League double after prevailing 3-1 at the Fatorda Stadium in Match 99 of the Indian Super League (ISL) 2020-21 season.

Roy Krishna (15') opened the scoring for the Mariners, before SCEB pulled one back through an own goal from Tiri (41').

Krishna later set up goals for David Williams (72') and Javier Hernandez (89') to help the Mariners secure the derby bragging rights, while strengthening their lead at the top.

Krishna was the hero of the game as he managed to notch up a goal and two assists to his name.

ATK Mohun Bagan, lead by Antonio Lopez Habas have now notched up five wins in a row and lead Mumbai City FC by five points at the top with the latter having a game in hand.

It is a massive advantage to have in the race for the top spot with the Asian Football Confederation (AFC) Champions League berth up for the grabs.

ATKMB were more dominant throughout the game, creating more chances, giving the opposition no chance to breathe. SCEB’s struggles in the attacking third continued after the change of ends as they failed to test Bagan keeper Arindam Bhattacharja. 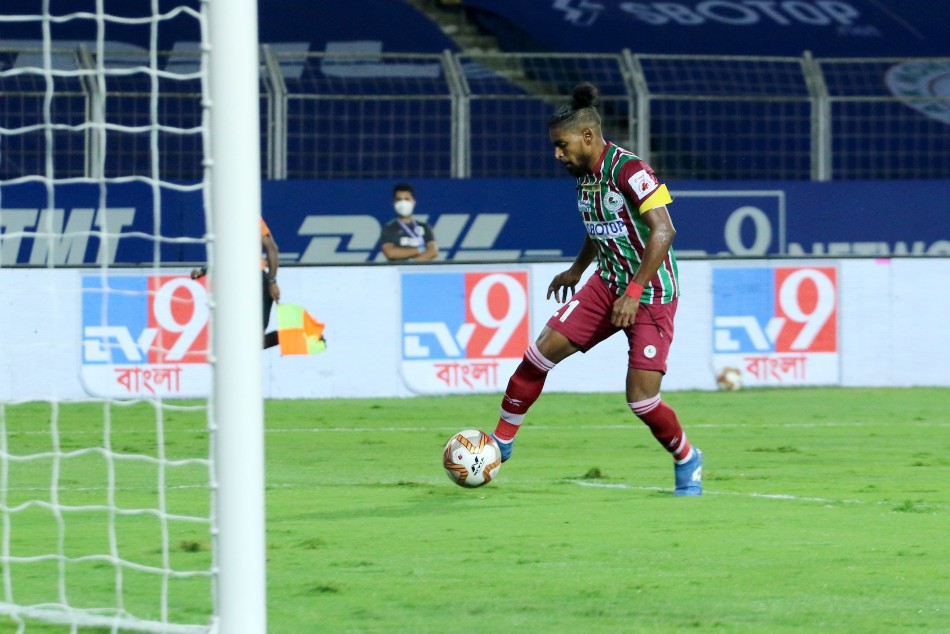 Bagan walks away with bragging rights in Kolkata derby centenary

ATK Mohun Bagan and SC East Bengal are two of the most prestigious clubs in the country. It was no doubt that Kolkata Derby is known throughout the country and fans of both clubs come to life whenever the two giants meet.

But since the takeover, ATK Mohun Bagan have gone places and are rightly at the top of the current ISL season, looking all set to grab the top spot and an automatic qualification to the AFC Champions League.

On the other hand, SC East Bengal have been playing catch up all the time and currently languishing ninth in the points table, unable to recover from a poor start to the season.