Bengaluru, February 11: Mumbai City FC's Hugo Boumous has been served with a show cause notice by the All India Football Federation's (AIFF) Disciplinary Committee for his unsavoury behaviour towards match officials in the game against FC Goa in the Indian Super League (ISL).

In Match 87 of the ISL 2020-21 season played at the GMC Stadium in Bambolim on February 8, the French recruit, who had earlier scored a goal against his former team, received his fourth yellow card of the season in the fifth minute of injury time for 'delaying the restart of play'.

Boumous was then shown a direct red card a minute later for 'using offensive and abusive languages towards the appointed match officials'. 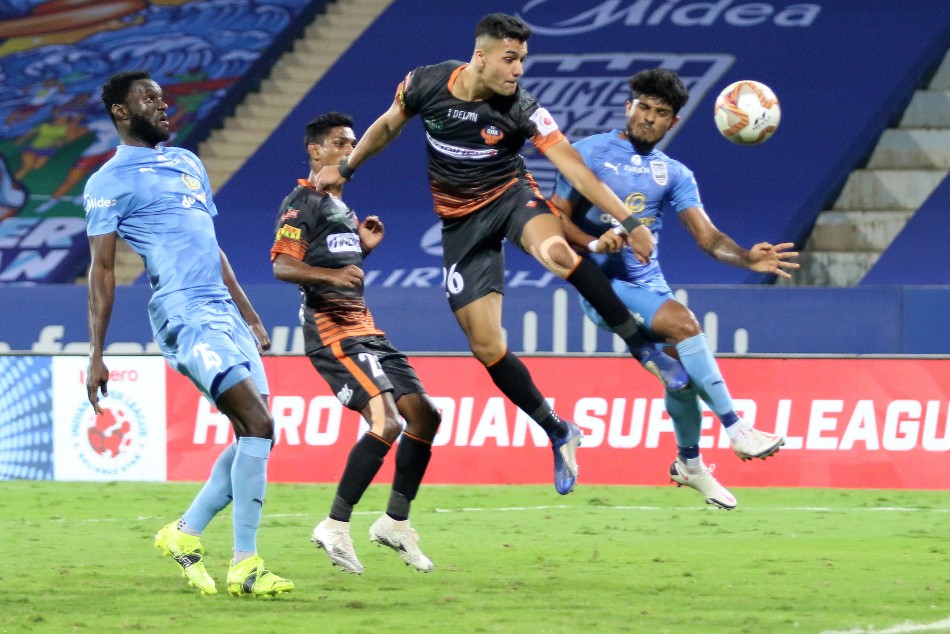 A stoppage-time goal by Ishan Pandita had the Gaurs pull the match back in the final minutes as they Mumbai to a thrilling 3-3 draw in that match.

But just when it looked like the match was heading for a draw, Rowllin Borges struck late (90') to put Mumbai ahead only to see his effort canceled out by Pandita in the final minutes of the game

Boumous will automatically serve a two-match suspension for accumulating four yellow cards and a direct expulsion, according to league regulations.

The 25-year-old will at least remain ineligible for selection in Mumbai City's matches against Bengaluru FC and Jamshedpur FC next.

Furthermore, upon the analysis of the referee's report, the Moroccan has been summoned by the Committee and asked to show cause as to why no additional sanctions be imposed on him.

Boumous has been given time till 9 AM on February 12 to submit a reply to AIFF's show cause notice.