By Sajith B Warrier
Updated: Wednesday, September 16, 2020, 11:20 [IST]
oi-Sajith B Warrier
Alberto Noguera is looking forward to his stint with the Gaurs. Image: FC Goa Media

The Spaniard, who was previously plying his trade with Segunda B Division side CD Numancia had recently inked a two-year deal with the Gaurs that will keep the 30-year-old with the ISL club till 2022.

"I'm very excited to join the club. I can't wait to play again. It'll be a very nice challenge," Noguera told FC Goa website after putting pen to papers to the two-year deal.

If not for being a professional footballer, @NogueraAlberto would have been a Professional Golfer. 🙌🏻

Learn 5 things you didn't know about the Spaniard. https://t.co/lDcDqM1PyC#ForcaGoa

"I don't feel there's any pressure on me because I know the player I'm and what I'm capable of. We'll have to put in a lot of work and effort, that's for sure. However, I'm certain with the quality of players we've and more importantly the mentality of the players, it'll be a great year for the team and me," he added.

FC Goa had created history last year be topping the ISL group stage, by virtue of which becoming the first Indian club to make the cut for the Asian Football Confederation (AFC) Champions League.

Noguera is excited to be part of the Goan midfield and hopes to make a quick impression.

"I know that people will expect big things because this is what FC Goa is all about. We were winners of the group stages of league last year and this year, the target remains the same. I would even say, we would like to go one better and win the ISL. I wouldn't be here if the challenge wasn't so great," he said.

Noguera said he had spoken to compatriot Carlos Pena before making the big decision to shift his base from Spain to India. 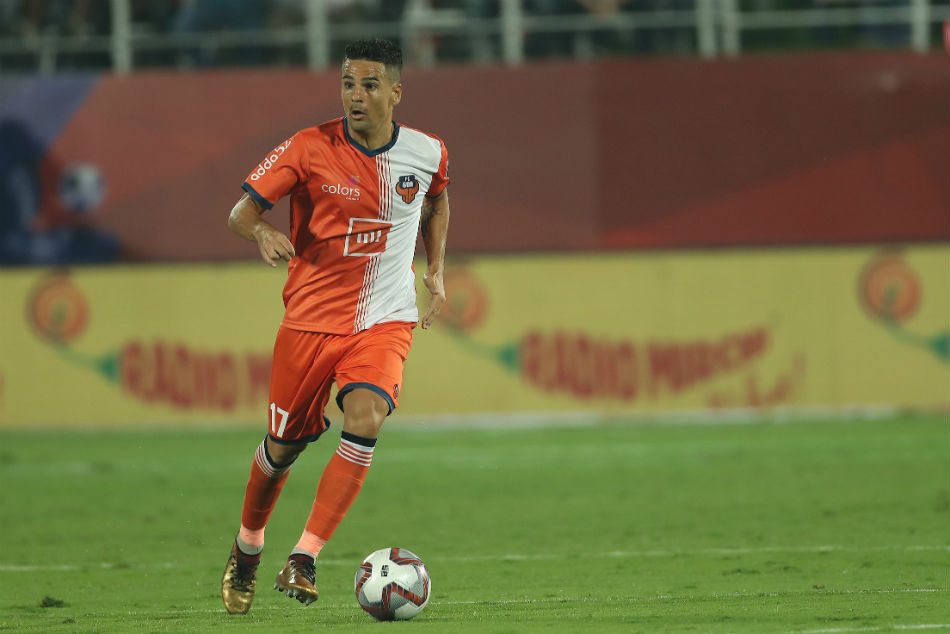 "I already know and have played with a few players already in the team and I don't think it'll take me much time to acclimate to the team and the conditions."