Bengaluru, January 25: Though FC Goa were held 1-1 by Bengaluru FC in their recent Indian Super League (ISL) tie, one of the major takeaways from the match was the long-awaited return of Brandon Fernandes.

The midfield talisman was sidelined with injury since October 2021 and made his first appearance of the ISL 2021-22 season against Bengaluru FC at the Athletic Stadium in Bambolim on Sunday (January 23).

When asked about Brandon's first start and when it could happen, chief coach Derrick Pereira told FC Goa Media, "Once we feel that he is 100 per cent, he'll start. I'm happy that he got some minutes in the match - we wanted to see how comfortable he would be. I think he did well. 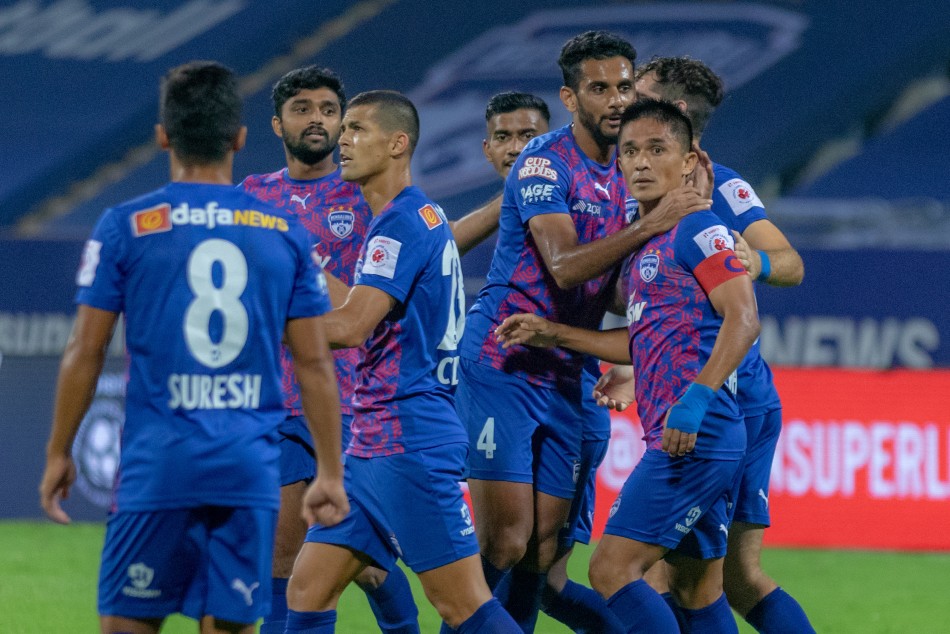 "Hopefully, he'll get a start soon after completing two or three more full training sessions with the team," Pereira added.

Dylan Fox (41') scored his first goal for FCG with a header until Sunil Chhetri (61') equalised with his first of the campaign.

The result keeps both Bengaluru FC and FC Goa in eighth and ninth place respectively in the points table with 14 points each.

The Gaurs failed to make the most of an opportunity to close the gap on the teams in the ISL 2021-22 season play-offs spots, as they were held by the West Block Blues.

FC Goa enjoyed the lion's share of ball-possession, but a lack of cutting edge in front of goal caused them to drop points.

The Gaurs took the lead in the 41st minute, with Australian centre-back Fox scoring his maiden ISL goal for the club off an assist by Jorge Ortiz. The lead lasted only till the hour-mark, when Chhetri equalised for the Blues.

In the post-match press conference, Pereira opined that the result was 'fair'.

"Taking the prevailing situation into consideration - both the teams are suffering because of coronavirus (COVID-19). Also, considering our previous result (loss) against SC East Bengal, we did well against an in-form team in Bengaluru FC.

"The first 15 minutes or so were tough for us. They put us under a lot of pressure, but then we got back, created chances and controlled parts of the game," he explained, before adding: "We could do better - but considering the result alone, I think today's 1-1 draw is fair."

Despite enjoying 57 per cent of the ball-possession and creating more chances than BFC, the Gaurs could only muster two shots on target. The 59-year-old hard taskmaster admitted that it is something that the team needs to work on.

"That has been among our biggest concerns throughout this season. We've been creating chances but are struggling to score. We have to improve our composure and decision-making in front of the goal," he said.

The Gaurs head coach also spoke on the team's performances so far.

"The players are working hard and giving their best in training. Except for our previous match (against SCEB), we did well in almost every other game - dominating, creating chances - but finishing has been a concern for us. Hence that's where we're looking to improve the most," he signed off.