Mumbai, December 15: Sweden, bronze medalists at this year's FIFA Women's World Cup, and a powerhouse in women's football, are among the three participants at the ongoing U17 Women's Football Tournament 2019 in Mumbai.

The competition is a first-of-its-kind in India and the Sweden U17 women's team coach Par Lagerstrom expressed his thoughts on the efforts being made by the All India Football Federation (AIFF) with regards to the women's game.

"The Indian federation (AIFF) is putting a lot of resources into girls' and women's football. They are trying to change the culture and give 500 million girls a potential chance to turn professionals. Football can change lives and if we can be a small part of that, I'm really happy," he said.

On Friday, the Swedish side picked up three points with a 3-0 win against hosts India at the Mumbai Football Arena, where former Sweden women's national team head coach Thomas Dennerby was also taking charge of the India U17 side for the first time at international level. 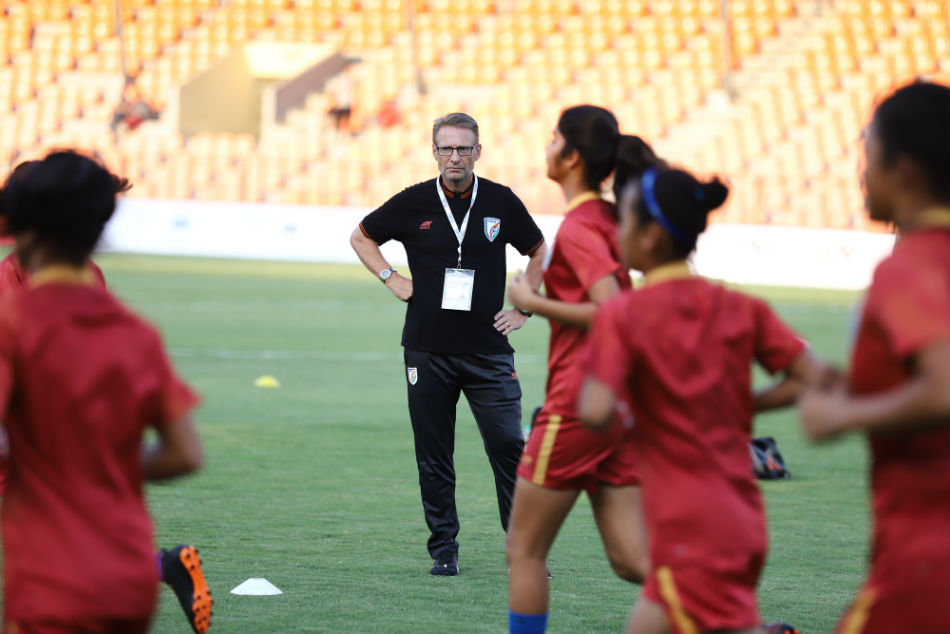 Players adapting steadily to what we are searching for, says Thomas Dennerby

Talking about how he rated India's performance, Lagerström said that he was impressed with the Indian team's defensive organization. He said, "I told Thomas (Dennerby) right after the game. India were really good close to their own penalty box and were good at the times they had chances to score."

"They were really well-organized in defence. We have some really fast players like Monica (Bah) - she's one of the fastest players in Sweden and strong too. Both the Indian defenders read her play well and matched her speed. In defence, you need to be organized and play together, which they did. I was really impressed by that," he added.

Lagerström talked about how such tournaments help players prepare and improve, stating that this "education" is invaluable for them - especially with Sweden set to host the UEFA Women's Under-17 Championship 2020 in May next year.

He said, "I think such tournaments are very very useful. First of all, our task is to prepare players to become elite players for the future. U17 and U19 players are the ones who will play in the senior team later and will aim to win medals at various championships."

"A good advantage of coming to a different part of the world is that such championships will be played across the world and against different kinds of teams. So, that is education for the team and giving these young players such experience is very important for us," he continued.

An added bonus of such a tournament, according to Lagerström, is that it helps the players experience new cultures as well and grow as "human beings".

He said, "It's good to be here in Mumbai five months before the European Championship and play new teams. Stay and living together as a team and seeing new things in a different part of the world helps us develop as human beings."

Both games will kick-off at 6 PM and can be streamed live on the Indian Football Team Facebook page.